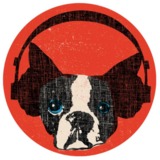 I don't have time to play videogames.

Life is getting in the way of my gaming time.
I have too much other shit to do, between Uni, work, socialising, practising music, rehearsals, gigs... it's forcing my game time out the window.

This is extra annoying when you consider the fact that one has to stay practised in multiplayer games to actually derive any enjoyment from them. I used to play Halo 3 and/or CoD4 on a nightly basis. After about two months of being too busy with other crap, trying to jump back into it was a nightmare. Being killed over and over isn't fun.
I haven't even renewed my XBL gold subscription, 'cause it's gotten to the point where I don't think it's actually worth it. Ah well.

Hopefully when Uni's finished, and before I have to start a family or whatever else!

Whether it's a downloadable game or a physical disc doesn't matter. If it's good, and I have the money, I'll buy it.
This actually works in favour of the downloadable games, as they tend to be easier on the wallet.