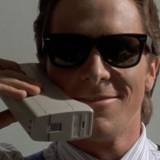 Let me tell you about this inspirational dude called Jack.

This is Jack. He's a classic video game collector/trader. His story is pretty cool so bear with me. He's a Hong Kong citizen. Grew up playing video games, with Zelda being his true love. As he got older, he worked in a restaurant waiting tables. With the money he gained from that he continued to collect and enjoy games. His girlfriend at the time then decided to move to Osaka in Japan to continue her studying. He followed her, and whilst there gathered a massive collection of classic games. He then returned to HK, shipping his collection back with him. He opened a store in Mong Kok with proved highly successful. With the profits he decided to live his dream and decided to open his own restaurant. Unfortunately, the restaurant failed leaving him penniless.

He had hit rock bottom. He said the one thing that kept him going through all the trouble was his passion for video games, and the memories associated with them. He decided to reopen his store. He now has a tiny space in the basement section of the same mall he used to look down upon from the 5th floor. Undeterred he says that whilst he runs a business that makes profit, he does it in the hope that others will be able to relive their childhood and the happiness associated with it.

As you stand there, in this tiny room filled with cigarette smoke, you can't help but feel his passion and his energy. Whilst he lost everything ("shit happens" as he put it) he continues to do what he loves, in the hope that others who may suffer the same trials and tribulations may make it through like he did.

Blogs Created:
7 blogs
Most Commented blog:
My thoughts on this generation.
Total Comments on blogs:
8 comments