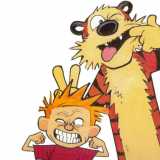 I was pretty surprised to see the new Giant Bomb Quests feature upon logging on this morning. For those who somehow stumbled upon this blog post before discovering the system, direct your eyes down to the bottom of your browser.

See the neat experience bar at the bottom? You'll pick up XP for various tasks such as writing on your GB blog, starting topics, making wiki entries and viewing certain content pages. It's a unique concept for a website, and so far it works pretty well.

I'm a pretty avid user of the site as it was, but my activity will probably spike a bit as a result of the new Quests. The crew has promised to add new ones on a regular basis (come on, Bombcast related quests), should be an interesting ride!

RE: The Ultimate Handheld Gaming Device

A Microsoft device with full XBLA support (all Arcade games play on it), 720x480 resolution, touch screen functionality, wi-fi and a basic version of Windows 7.

I'm going with Modern Warfare 2, Assassin's Creed 2, Halo 3: ODST and NBA 2K10 are the absolute must owns, although I'll probably end up getting way more than that. Another crushing holiday of awesome releases!

I buy a ton of them, I've probably put in over $1000 into DLC. There's a stack of nearly 30 points cards on my desk, along with the occasional credit card fueled points add at 4am for overnight gaming.

Especially with bigger titles like the Penny Arcade series, Shadow Complex and Battlefield 1943, there's a huge future for XBLA that I'm really excited to be a part of.