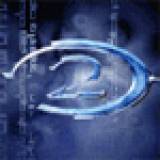 The Legends of Halo part 1

I will be discussing Halo: Legend's stories in detail. If you have yet to watch Halo: Legends and you want to see it with fresh eyes, I suggest ignoring my blog till you've seen it for yourself.

Just standard edition for fifteen bucks. Kinda wish I had just bucked up the extra five for the two disc collector's edition. Still, It was nice to see that standard wasn't twenty bucks which often seems to be the case with DVDs now a day.

Before I get into this, I'll you guys to previous blogs where I discussed how I fealt about some of the episodes back when they first broadcast on Halo: Waypoint. I'll be typing enough about the new as it is with out them.

Now for the stuff I haven't talked about

When I watched Origins the first thing that hit me was that Cortana was not being voice acted by Jen Taylor who had exclusively done voice work for Cortana up till now. Unfortuntely, this is a recurring problem in Halo: Legends. Still, the replacement does a fair job.

Origins takes place right after the ending of Halo 3. The Master Chief and Cortana are stuck floating in space. Master Chief is in Cryo Sleep. Broken down into two episodes, Cortana essentially goes over the etirety of human history and then some. It's makes for a good recap or an explanation of the Halo series to those who are unfamiliar.

Cortana seems to be going into rampancy, she's old by smart ai standards and she's clearly been through some testing events. You can tell by the end of the story that she's having trouble holding it together, fizzling in and out and going through what seems to be some halucinations.

During her little recap toward the end when she actually gets to the stuff from the games there seems to be a little screw up. She claims that the Covenant and humanity put aside they're battle to fight the flood together. If played Halo 3, this isn't really the case. I guess you could count the Covenant seperatists. It's also possible she was just trying to fill in the blank there, she was with the grave mind during most of Halo 3, so she didn't personally witness the battle on Earth or the Ark. Or she could just be losing it, but that part of the recap was treated just the same as the accurate stuff where as there after she has some clear hallucinations.

Over all, it's a pretty good episode. Nice art work, reminiscent ofMoebius' stuff, Second Sunrise Over New Mombasa in particular(obviously).

The episode is accompanied by reprised scores from the games themselves. All seem to be altered from the originals, some more noticable in others. All of it is pretty good.

Homecoming has an interesting idea. It tells the story of a Spartan who tried going back home to the family she was kidnapped from. When she arrives she discovers her clone replacement. This little plot thread is all played out as a flashback during the present plot about her trying to evacuate a war torn planet that turns out to be her former home.

One of the big issues with this episode is probably that it's trying to be emotional and all but given how short the episode is(roughly fifteen minutes), it's hard to become attached to the character and the way it ends you practically feel you just wasted your time.

My biggest issue with this particular episode is that it just isn't visually impressive at all. Alot of the characters often times look proportionatly incorrect.

On top of that the animations often look stiff and unatural.

This episode has no original composition and doesn't even redo any of the older tracks from the Halo games. It uses music straght from the games, completely unaltered. Know what that is? LAAAAAAAAAAAZY. The episode is enjoyable but it's in no way impressive.

Well thats it for now. Wait for part two for the rest. Right now the blog is screwing up not letting me insert more pictures for some reason. Besides, this is a long process. Look forward to the rest tomorrow.