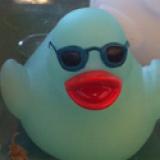 hey! I would like to be part of this.

OK, I spent like three hours debugging this just now.

otherwise you get the phone player (with all of the GB-skin controls hidden, but with IE's native <video> controls), and I think #uvpHi5's onclick handler swallows all click events on the native controls.

The native UI controls in videos are also unusable in IE 10 on Windows 8/RT, with both touch and mouse input.

no voice chat, but down for MP (but I like co-op more than competition)

while we're at it, can someone get to the bottom of "use more skill?"

I remember it being an after-death tip in some game that got streamed, but I don't remember which one.

This sounds about right to me. If Cert is charging obscene amounts of money to test games and patches to make sure they work and they don't, they're not doing their job and the expectation that developers need to pay Microsoft for this service is broken, especially when Steam doesn't charge for patches and PSN is allegedly a lot more fair about how they handle it. I understand the stance that Fish should've gotten it right the first time, but asking an indie developer to pay $40k to patch his small game that didn't sell that many copies anyway is not the right solution either.

cert is about verifying that the game doesn't break the Xbox device or the Live service, and that it doesn't behave improperly in obvious ways, not that it's 100% foolproof.

if cert was about outsourced QA, it would cost way more than $40,000 and nobody would ever ship an Xbox game with bugs.

Class: Demon Hunter (because why would you not)

Yes, but what are they branding it with the HR Block logo?

"Is it posible to make a green square feel alive, sounds crazy but that is what i am considering in my plans."

I'd like to get all up in GiantBullfrog. I'm vogonj on origin.

@Sooty: the guys who run Idle Thumbs are allergic to Skype, because they feel like it messes with the chemistry of the show -- the first two runs of the show ended when one of the cast members moved out of town for work, because they abjectly refused to switch to Skype.

they don't run ads during the show, and the ad potential on a web page just hosting a podcast isn't that great. and on top of that, iTunes doesn't host podcasts; it's a podcast directory which links out to your web server.

that said, yeah, the price is a little steep but I paid into it gladly. :)