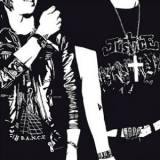 
I was fishing around the Bioware site for the Dragon age: Awakning relsease date on the PS3 the other day and I started to read the FAQ for some more concrete confirmation. As I read down the list I came to the release section and was pleased to find that it would be out for PS3 on the 19th in Europe. My smile slowly morphed into a frown as I noticed there would be no physical disk release on the PS3 in Europe at all, and would only be available via PSN. Usually I'd say I couldn't care less, but I have £50 or so worth of store credit at Gamestation and my main perchase was going to be awakening. I was hoping I'd wake up from this nightmare in a cold sweat, and then drift back to sleep with a copy of the expansion in my hand but there was no such awakening.

Forgetting my specifics, this is still very much a problem for others too. What will become of the potential DA:A buyer who isnt hooked up to PSN? I realise this may or may not be a minority at this point but either way no physical release means no game for some people out there. I read up about it and apparently its a Sony, not Bioware malfunction, some legality about simultanious PSN and disk based release in Europe. I'm sure most are probably aware of this since the expansion is so close to release now but incase you didnt, now you know.

Guess its going to be £50's worth of god of War instead then.