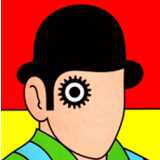 D3 Thoughts. Stay a While and Listen.

Okay, I’ve got some thoughts on Diablo 3. This is all going to be scattered thoughts and word vomit, though. Now that you’ve been warned, let’s get started.

I love that everyone’s loot is their own. That is by far the biggest improvement in Diablo 3 and I’ll fight you if you disagree. No longer do I have to get in arguments with people over what loot is whose. Now I can pick it up, choose to share if I want or lie about getting anything good and no one will ever know. No harm no foul, right? I love the revive system. The revive system coupled with not being able to respawn during Bosses makes for interesting fights. I was being chased around by Azmodan for 15 minutes last night trying to find the opening to give me just enough time to revive one person. All while being coached/cheered on by my friends through my headset. It was thrilling and really satisfying when I finally pulled it off with less than a second to spare. I love that gold is actually relevant in this game; also love that every gem is useful as hell and not just Topaz’s.

I love the new talent system. What feels almost too open at first becomes full on genius on Nightmare and up. When going up against Diablo on Nightmare last night, I died a few times until I could fine tune which skills/shouts/abilities would help me get through this particular battle. And because we have that freedom, Blizzard has cranked the difficulty up to 11. Gone are the days of Baal on Hell taking 5 seconds tops when you fight him, and I welcome the actual need to strategize. I don’t like how confusing the quest navigation stuff is when it comes to your own actual game or joining another person’s game. Does it all count for you? Do you have to beat that quest again in your own game to get it to register? I’m not entirely sure yet.

I’m not sure if I like or dislike the auction house yet. First, the good: It’s an awesome new way to lose hours poring over the best deals. Watching the gold pour in for items you were never going to use anyway. Now, for the bad: It almost feels cheap to me. I’m by no means a purist, but something about not having to fight and find any of your good gear seems…cheap. Like, it just doesn’t really feel like it’s in the spirit of Diablo. Which, fine, just find all your loot, right? Well, I would but…it’s almost starting to seem to me that Blizz is intentionally holding back the drops in Normal and Nightmare to funnel players into using the auction house system. Perhaps setting them up to get used to using the auction house for when actual currency AH starts and Blizzard starts taking their cut. Too sinister? Perhaps, but it’s smart. I’ve got 85% Magic Find and still have yet to find a unique or set item. It is a bummer to me, that D2 got that part right. Even if they were crappy unique or set pieces. Just seeing those different colors on the ground was almost all the satisfaction I needed.

I love the ease of your friends list. Dropping in and out of my friends games with ease feels great. Also love the achievements and the way my friends achievements broadcast. Just adds another cool layer of replayability. Also, I’d love to see Giant Bomb bring D3 achievement syncing to the site. Anyone complaining that it doesn’t look like Diablo hasn’t played past Act 1. The character models look WoW-ish, especially your actually player model, but I guess I just don’t think it’s a bad thing? I’m rather neutral on it, doesn’t take away from how fun the game is.

I also dislike the treasure trolls, because fuck those guys.

I’ve played Whimseyshire and it is way better than the cow level; it looks like Middle Earth and My Little Pony got their fuck on, and I love that they trolled their detractors that hard.

Overall, love this game and aside from the server headaches this is THE game. It’s the same game I fell in love with back in middle school, but it’s like that game moved away when we were kids then came back during college and suddenly it’s all sexy and whatnot so I just want to hook up with it. So…umm, yeah, I think that’s about it for now

I want to be a chaste monk

I want to be a chaste monk