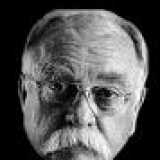 I'm giving away memberships! And my blog on video games as art!

Hey Duders!
I’m sure the title grabbed your attention, so here’s the deal on how this is going down.

I’m starting up a blog, and I need both followers and critiques.  So all you need to do is read the following post, and comment. After I feel as though the post is “dead”, and not going to be read regularly anymore, I’ll pick three of the most insightful comments and gift the users memberships- I don’t know if I’m going to extend current memberships or not, I’ll deal with that when the time comes. I’ll be looking for well-articulated comments that offer constructive criticism, as well as interpretations and expansions of my ideas; posts that keep the discussion moving. That doesn’t mean you need to post under these guidelines though, or that you can’t be nice too! Just say whatever you’re thinking, but make sure you help me by commenting on my style and the way I convey my underlying concepts, and you’ll be in the running. Also, I'll only be giving out memberships if I get a good amount of responses.

…Given you want the membership- of course anyone is free to simply leave their thoughts and move on. If you do want to help me but don’t want my charity, just say so.

And without further ado, my first blog post:
______________________________________________________________________________________________________________________________________
Hi everyone,
I recently decided to make a blog. Why? Because I’m an English major (at the moment, of course that’s subject to change), and I figured I should start writing regularly about things I like. Also, it seems…cathartic. But anyway, I figured I’d start my blogging days with the age old Are Videogames Art? argument. Cliché and done to death? Or course! But this is going to be my chance to get my feeling down and observed- normal people don’t discuss these things in real life, especially in a well formatted, detailed manner. So here we go.
Before categorizing, it’s always important to define your terms. We all know what video games are, but what about art? It’s a definition that’s been argued for centuries, but I like to see art as any man-made creation that can be interpreted or elicits emotion. I feel as though that encompasses all the major players, from literature to architecture. A pretty fitting definition if I say so myself. So case closed? No, of course not! Video games, in order to stand among the likes of those giants, needs to have some sort of edge- a defining characteristic that you don’t have from the others. Just like the book Lord of the Flies
can’t be translated into film, some game experiences can’t be replicated in another art form. I’m going to look at three games I think cement the games as art argument. These are not my three favorite games, the three games with the best stories, or the three most structurally sound games. No, these are the three games that I feel exemplify gaming’s claim to fame- interactivity. I’ll be looking at our first two games in this blog post, and the final one in part two- if I ever do it.

New Super Mario Bros. Wii (which I’ll from now on abbreviate as the awkward NSMBW) is a game that captivates the essence of fun itself- something Miyamoto has done very well along with the rest of Nintendo. I think I can confidently say that I have never had more fun playing a video game. I played through NSMBW with my cousin. We finished the game in about a week or so, playing in four hour chunks. That’s something I find disgusting, as I usually can’t play a game for more than two hours without getting up and taking a quick walk around the house or something. But me and my cousin played nonstop; we laughed, we yelled, and we threw each other off cliffs. NSMBW is a game that isn’t afraid to be a video game- even its credits are a blast to play.

NSMBW is a throwback game- a reminder of the origins of games and their original intent of enjoyment and happiness. It doesn’t try to saturate the experience with a tacked on story. Instead, it embraces fun for everyone and anyone. The game is easy enough that mostly anyone who’s played a video game should be able to get through it. But us “serious” gamers will get a kick out of collecting all the hidden coins and playing through the secret world. Getting that last coin left me and my cousin screaming at the screen for twenty minutes. The addition of a friend also embraces of fun by not limiting or handicapping to keep balance, but allowing chaos and cooperation. Plenty of the game’s challenges can be circumvented with the help of a friend. In fact, I’d say the addition of one and only one friend is quintessential to getting the full experience. And not someone online, you need someone on the couch with you. That’s the only way to move a brisk pace without having to restart after each death. At the end of the day, the reason I put NSMBW on my list is to show that art doesn’t have to be melodramatic or thought provoking. NSMBW, like a fun romp through a book, is pure fun, and the only place to interact with it and experience its emotion thrills is through the lens of video games.

Alright, I lied when I said that I wasn’t including my favorite games on this list. I will admit that MGS2 fits into my holy four (maybe I’ll do a blog on that one day) games of all time, but that doesn’t rob it of its merit or design that places it in my argument. And of course I’m going to love all the games I talk about when it concerns this matter. MGS2’s fourth-wall breaking shenanigans, controversial marketing, and general themes and story are all ideas that couldn’t thrive without a video game to house them. And beware, this is going to get into SPOILERS.

Like NSMBW, MGS2 isn’t afraid to be a video game. It relishes in the fact. It even gleefully defies the industry it’s a part of. But before I can delve further into the inner workings of MGS2 and why I love it so dearly, a little context may be necessary. The original Metal Gear Solid was one of the most highly praised games ever, and Solid Snake was the badass of gaming scene. So when Konami announced MGS2, of course everyone was giddy with excitement. The trailers were epic, the release was a worldwide event, and Snake was back to kick some more ass. But then, about a quarter of the way through playing the game, Snake died. Or course everyone knew Snake wasn’t really dead, but after the intermission, things were…odd. Snake didn’t look, act, or sound like himself. Colonel Campbell seemed to be treating him oddly (and his voice-over seemed a tinged stiff- something I still can’t discern as intentional or amazingly accidental). And the entire scene was eerily similar to the original MGS’ opening. And then came the big reveal.

You were not going to play as Solid Snake.

Though it may seem minor without context, this was a big goddamn deal. After a marketing blitz that promised the continued adventures of everyone’s favorite anti-hero, to find him as only a supporting character set the internet ablaze. And of course no reviewer could tell you it was going to happen; everyone was under heavy Konami embargo. MGS2 continued with heavy parallels to the original MGS: cyborg ninjas attempting to chop off Ocelot’s hand, a rogue faction of super humans, a sniper segment. The list goes on. It got to the point where I was pissed off the story was simply a retelling of the original MGS. And then came the second twist.

MGS2 was ostensibly a metaphor…for itself.

I could go into detail on all the layers, but you can look up an in depth analysis on your own if you want to. But the basic gist was that Raiden was actually a mirror of the

So there it is, the first blog. I know there’s a lot of context in the forefront, and this is probably way longer than it ought to be. But those were the points I wanted to make. Thanks for reading, and stay tuned for the final game. Hint: it’s from this generation, and if you’ve seen me on the boards, you might have seen me sing its praise.

Blogs Created:
1 blog
Most Commented blog:
I'm giving away memberships! And my blog on video games as art!
Total Comments on blogs:
15 comments