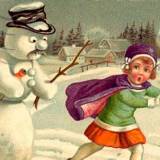 You can't take it with you, or, why I can't play old games

First, let me start out by saying that I hate the term "retro games."  Actually, I should rephrase that and say that I hate when people generalize the term.  You aren't playing retro games when you go back and play Super Mario Bros 3 on a dusty old NES.  Super Meat Boy is a retro game in that it's a game stylized after a game of the past.  So this post isn't going to be about retro games, it's going to be about old games.

Recently, websites like Good Old Games, Impulse Games, Steam, GamersGate and Direct2Drive have helped to start a renaissance, of sorts, for people to discover games of yesteryear.  I, myself, have fallen victim to this a few times, purchasing games simply because it was "too good of a deal to pass up."  Unfortunately, there seems to also be a tax that comes along with these great sales, in that I rarely seem to go back and play most of the games I purchase.  Of the games I've bought in the last year that can be considered "classics," I may have played about 25% of them.

So why can't I play them?

I guess maybe it's related to the fact that I'm getting older.  I don't have near as much time to play games like I used to and the time that I do have to dedicate to gaming are usually spent playing a myriad of new games.  Maybe that's another reason I have so much trouble going back to these old games.  The market is currently SWAMPED with Triple A titles, Smaller, less intensive games and generally just a ton and ton of games.  And it's not as if there is nothing but crap out on the market.  Some of these games are really good.

I find that, if I make an attempt to go back and play some of these games, that I get bored easily with dull stories, or frustrated with control schemes that make no sense.  Gaming has evolved so much in just the short amount of time it's been around and, because of that, the older games seem to have aged really poorly.   Now, don't get me wrong, there are certainly some games that I can always go back to, no matter how long it's been (in fact, I think I've been inspired to make a list) but for the most part, I convince myself that I can play them, and then spend most of the time pondering why I thought that was possible.

Has anyone else experienced this?  Am I in the minority?  I'm I just becoming an old man?

That Lucky Old Sun Glitch, and why I'm compelled to use it.

There exists a glitch in the latest iteration of the Fallout series, Fallout: New Vegas that seems to really break the game.  If you haven't yet heard about it, you should probably stop reading, because I'm going to go into some spoiler territory.

For those wondering what glitch I'm talking about, I'm referring to the glitch where,

SPOILER WARNING: Click here to reveal hidden content.
in the mission "That Lucky Old Sun," after restoring power to the plant by overloading the plant, you can return to Ignacio and tell him that you've restored power evenly across the land, and that you've overloaded it so no weapons can be created from the device.  Ignacio will explain that he is displeased with your choice, but understands what had to be done.  You're then granted 325 XP points, 2 Doctor's Bags and 2 Stimpacks.
The problem?  The option never goes away, and you can continue to select it and gain the benefits of completing the quest.

Here's where my dilemma comes into play.  I cannot, try as I might, only select this response one time and move on.  I told myself, going into the final part of the quest, that I would only select it once, and not exploit it, but I then proceeded to boost myself to level 20, save my game, and call it a night.  I know I shouldn't be compelled to pick this response, and use this exploit, but I just continued steamrolling through levels and giving myself this shot in the arm.

I don't know if leveling status isn't a huge importance to me in the Fallout universe, or if I'm just a big cheater, but I don't feel as those this game-breaking glitch (which, in all reality, really is) is really that big of a game breaker.  I'm going to have no problem with continuing throughout the rest of the game knowing that I leveled my character up way earlier than he should have, and that I've gained perks that I shouldn't have gained before I've even stepped foot into New Vegas proper.

I guess, to me, the storyline and exploration are more important in the series than actually gaining XP and leveling up my character.  Truth be told, as I was gaining level after level, I still put a lot of thought into the kind of character that I wanted to be, and still allotted my points accordingly.  However, I'm not going to regret my decision to do so this early in the game, and I still kept a save around, pre-exploit, in the event that I do have a bit of remorse and want to go back and play it legit.

Thoughts?  Does anyone else ever do this? Am I just weak-willed?
19 Comments

Fallout: New Vegas (Why you should play)

So, I'm not going to pretend like I've beaten Fallout:NV, I'm actually only about an hour into the game, but I recently got into it with a friend on twitter about whether or not he was going to get this game.  His argument was that the game was made by Obsidian Entertainment, and because of the near-complete failures of Alpha Protocol and KOTOR II, he was going to wait and see how this game shaped up before he bought it.  My argument was that this game was being built on the framework that already existed from Fallout 3 and that, despite what would inevitably be a buggy game (proven by gameplay and the recent review on GB), it was still going to be a Fallout game and would, therefore, be something worth devoting time.

One hour into Fallout:NV and I couldn't be any more right.

Is the game a bit buggy? Sure
Are the graphics not the best on the market today? Probably (but who really cares)
Is it still Fallout 3-style gameplay? Absolutely.

And that, more than anything, is the reason to pick up this game.  I put almost 100 hours into Fallout 3, and judging from what I've read, that's less than average for the people that enjoyed Fallout 3.  I can't see how, despite bugs and glitches, you wouldn't enjoy this game if you were one of those people.

Blogs Created:
3 blogs
Most Commented blog:
That Lucky Old Sun Glitch, and why I'm compelled to use it.
Total Comments on blogs:
46 comments