by Jeff Gerstmann on February 12, 2013
Share:TwitterFacebookReddit

Antichamber's mindbending puzzles force you to learn the rules of an unfamiliar world and it makes for an exciting and thought-provoking time.

People keep wanting to paint Antichamber as some sort of "messed-up" puzzle game, like it's wild and crazy. There's nothing particularly crazy about this first-person puzzle game. It actually adheres to a very specific set of rules and applies ice cold logic across all of its obstacles. The catch is that those rules and that logic don't even attempt to match up with what we use on a day-to-day basis out here in the real world. While there are specific sequences you'll need to solve, the larger puzzle in Antichamber is figuring out what, exactly, this world can throw at you and then remembering to try these techniques in the appropriate spots. It gets clunky in a few spots, and I certainly found myself in one or two cases where I felt like the game's attempts to communicate its own rules to players could be laid out more effectively, but by and large Antichamber is a wonderful game that employs a terrific sense of style to feel larger and grander than it would otherwise.

Though it's rarely explicit about what it's showing you, Antichamber starts making its attempts to teach in the first minute or so with a set of staircases. One goes up, and one goes down, but no matter how many times you choose one of those two options, the pathways keep leading you to the same exact choice, again and again. But if you turn around and head the other way, you'll see that the path that led you into this choice is no longer the path at your back. This notion of things changing behind you as you move and the idea that rounding a corner might just warp you to a totally different section of the world without any indication is the crux of Antichamber. It's powerful, giving the game a dizzying quality that is only partially addressed by a map room that you can return to at any time. You'll have to start making note of your surroundings, both from the designs of the rooms you visit and the things you can hear while you're there, in order to get around.

The game keeps loose track of your progress by showing off a wall full of tiles in the map room. These tiles show up around the world, and they're usually some sort of hint or comment on a nearby puzzle. So after a sequence where you need to fill in a series of empty holes with blocks to open a gate and proceed, you'll find a tile with a little pieces of art that reads "understanding a problem requires filling in the pieces" when you click it. These phrases are little more than simple platitudes, and if it wasn't for the occasional need to point players in the right direction or mark progress, the game would probably be better without them.

Though early puzzles are all about movement and taking note of your environment, the game quickly changes once you collect the first brick tool. The brick tool is a gun that lets you collect cubes from around the environment. These cubes are stored in the tool and can be fired back out, letting you move them around as you see fit. Some doors need cubes to be fired into specific slots before they'll open. Sometimes you'll need cubes to block sensor beams that might shut a door if tripped. And, much like Portal, there are energy fields that will wipe out your entire supply of cubes, ensuring that you can't always go collect cubes from a nearby puzzle and bring them along with you to the next. Creatively using and conserving cubes is paramount in the early game, but there's more to the cubes than just that. Proceed further and you'll find upgraded versions of the brick tool that give you new abilities that trivialize the old ones. Without ruining the fun by getting into too much detail, it should suffice to say that the final version of the tool completely trivializes the puzzles you were doing near the beginning of the game. One might even call the final tool overpowered, but considering you've already learned so much by the time you've arrived at this nearly game-breaking upgrade, it instead manages to slip a slight bit of power fantasy into a game with no combat at all. It's a neat trick.

If you like, you can simply make a beeline for the puzzles that lead to the various versions of the brick tool, meaning that a critical path trip through the game could take minutes, not hours. But that would require you to either already know the world of Antichamber like the back of your hand or... well, you'd just have to be very, very lucky. Even after completing the game, I found myself drawn to those last few puzzles that, even with the most powerful tool in the game, still somehow eluded me. As a game without any overt story, its conclusion is fairly brief, linking to its very short credit sequence and unceremoniously dumping you out to the desktop, an act that caused me to wonder if the game had crashed. All in all, the conclusion felt underwhelming, but the final few areas are really exhilarating and it all balances out just fine.

Antichamber often left me in wonder over what I was seeing. Its sparse use of color on a largely white world is really striking, and it knows to break away from those plain white walls every now and again to show you something that looks dramatic, moving, and meaningful by comparison. That all matches up with a set of ambient sounds and effects that make it all feel like some sort of dream world. There are, however, a few cracks in that world as the technical end of Antichamber pokes through from time to time. The resolution on the text and little bits of art on the panels is low, making them look muddy and imprecise in a way that the rest of the game isn't. Also, it's a clever trick to put all of the sound and resolution settings on a wall in the map room, but laying everything out to fit on that wall seems to have left no room for resolutions higher than 1920x1200.

Antichamber is a wonderfully pleasant experience that is best served in smaller chunks, which left me in my own personal nightmare: I was having such a great time that I felt like I wanted to continue playing, but I had used up all of my smarts for the evening, leaving me bumping up against puzzles that I wasn't even sure could be solved with the version of the tool I had at the time. Taking breaks and coming back to it a day, or even a few hours later, sufficiently recharged the puzzle-solving fluids needed to proceed, though. That and one of the various functions you earn as you upgrade your tool isn't explained as well as most of the game's other concepts, which left me needlessly stuck until I caught a glimpse of this new function while watching a few videos online. It's a rough spot in a game with few others, but those spots seem to pop up at the most inopportune times, leaving you with the feeling that this great game still has room to improve. 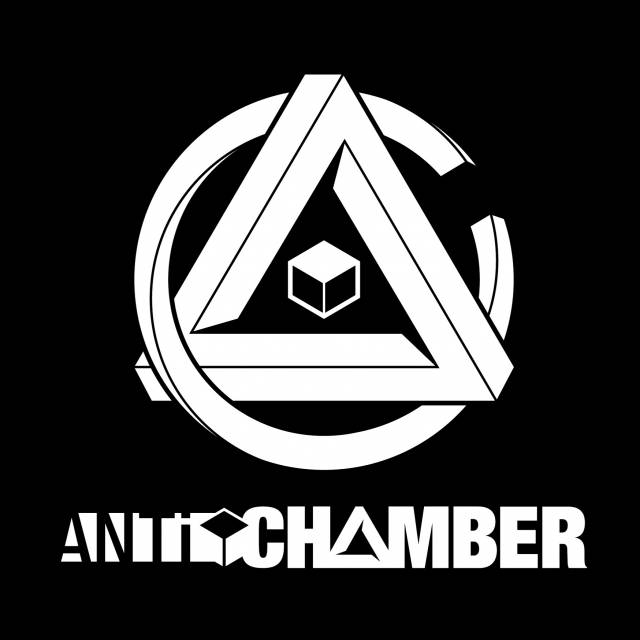