by Dave Snider on October 27, 2011
Share:TwitterFacebookReddit

A short, derivative campaign does little to get in the way of the best version of multiplayer Battlefield yet.

It took more than five years for the Battlefield franchise to move from 2 to 3, but that's not to say there haven't been plenty of other battlefields to visit in that time. Giant mechs, cartoonish heroes, and comedic misfits have all gotten their chance to duke it out in traditional, download-only, and free-to-play versions of the series. For good or bad, almost all of them operated on the belief that the Battlefield you knew needed to be changed in some fundamental way. Battlefield 3 instead feels like a return to the series' roots, with most of the effort put on the large-scale multiplayer action and impressive visuals that made the series popular in the first place. And that's totally OK, because Battlefield done this well is still a total blast to play.

That's not saying Battlefield 3 doesn't make any mis-steps of its own. A mediocre, me-too single-player mode feels overly serious and almost feels bolted onto the side of another, better multiplayer game. It doesn't help that the six-hour campaign plays like a direct reaction to the popularity of the Modern Warfare series, emulating that game's tone and pacing. Heavily scripted sequences are the focus here, and you'll spend a good bit of your time unable to do much but watch the game play itself. This happens in both a number of on-rails levels and a disturbing number of Quick Time Events that often begin and end with the press of a single button. The QTEs happen so often that when even a rat in a sewer pipe triggers the mechanic, you'll begin to wonder if the developers at DICE were purposefully making fun of themselves.

The actual plot involves a small group of American and Russian soldiers trying to prevent nuclear attacks by a group of terrorists called the People's Liberation Resistance and a man named Solomon. The events unfold through a series of globe-trotting flashbacks as the main character, Staff Sergeant Henry Blackburn, is interrogated by a good-cop-bad-cop intelligence duo after the fact somewhere in New York. The writing is easy to follow, but the high drama and always-on-the-go pacing feels a little tired when compared to its modern military peers. It doesn't help that Battlefield 3's campaign very much wants you to go where it wants you to go, providing warnings anytime you stray too far off course. This can be annoying when you think a side street might offer a better flanking position or when you try to get the jump on enemies before the scripted sequences begin. Still, the action flows fast throughout and introduces you to the weapons and vehicles you'll encounter in the hectic multiplayer modes.

What Battlefield 3's main campaign does well is show off the game's beautiful, varied level design and set pieces. You'll fight through city streets, jungles, corridors, deserts, open skies, and office buildings with very little motive other than for DICE to show off how impressive its Frostbite 2.0 engine is. Early in the game you'll walk out onto the deck of an aircraft carrier in choppy seas and seconds later move seamlessly into a cloud-filled sky as a jet pilot. It's gorgeous stuff and feels like a noticeable step forward in terms of graphical realism on both the console and the PC. Of particular note are the lighting, rain, and fog effects, which give these environments a real sense of depth. Your surroundings are lit up with the addition of realistic flashlights that not only pick up the dense air around you, but can be used quite effectively to blind your assailants. You'll also find streetlights and lamps that, depending upon the angle, can either hurt or help you. Combined with the engine's destructible environments, this provides an ever-changing landscape that play a little differently depending on how the battles continue.

This sense of realism transfers over to the multiplayer maps, which are inspired by the campaign but seem grander because of their immense scale and the removal of invisible walls. Previous Battlefield level design always felt a little sparse to me, letting fast vehicles do much of the work to hide the often empty areas between contested zones. By contrast, Battlefield 3 feels saturated with minute detail. You'll find giant radio antennas that peak out of hilly outcroppings and crowded Parisian streets that run parallel to rushing waterways, to mention just two examples. One map called Damavand Peak even features a thrilling base-jumping portion where the attacking team skydives off a cliff into the opposing team's stronghold. You'll find yourself waiting until the last possible moment in a 10-second freefall to deploy your parachute before enemy players shoot you down. That feeling of naked vulnerability is a constant throughout the multiplayer, and the brief relief of cover and shade becomes your chief strategy as you try to outposition your opponents. You'll also lose visibility if the sun is low and in front of you. At night, the opposing team's flashlights are either a dead giveaway from afar, or a deadly strategy up close.

The multiplayer modes themselves are nothing terribly new, and are instead refinements and tweaks of the previous games in the series. While most players will jump straight into Conquest mode with its 64-player (or 24-player for consoles) point-to-point action, the attack-and-defend Rush mode from Bad Company returns and feels the most improved. Teams can no longer destroy stations with brute force and must now physically place charges when outside vehicles. That gives the mode the tension it previously lacked, and provides for longer firefights where the defenders have just a bit of an advantage. Small changes like this abound and are mostly for the better. Battlefield commanders are gone, making the game more squad-oriented and easier to grasp. That's good, because most players will only bring one or two buddies into their matches and just want to be able spawn and support each other without having to worry about completing objectives.

The four-class system has also received a bit of a makeover in a few key ways. The medic has merged with the assault class and can now deploy health packs. Sniper-based scouts have to deal with scope sway, and will give of glint from their scope if they sit in a position for too long. While that glint does help identify campers, the large areas of engagement still tend to reward patient players who attack from cover. The addition of secondary scoring and bonuses for spotting enemies helps with obscure enemies, and gives players a real incentive to keep their teammates aware of incoming or obscured attackers. With these tools, a group of even two voice-chatting opponents can really dominate the battle if they work together and provide spotting for each other.

Vehicles are still a big part of the large battles, and you'll normally spend about half your time cruising in a tank, boat, plane, helicopter, or whatever else spawns near your base. Tanks can now be disabled, which gives you a few quick moments to exit before certain doom. That doesn't always do you much good, since you're most certainly in bigger trouble by the time your tank explodes, but it beats the instant deaths that were so common in the previous games. I won't lie, I still find the helicopter and jet mechanics a tad tricky, especially when using a mouse, but this seems more a fault of my own as my teammates were more than willing to take the driver's seat as I took over the guns. You can also unlock abilities for your vehicles similar to the way you unlock accessories and weapons for your base soldier class.

Outside the team-based multiplayer, two-player co-op provides a third mode of play for those willing to take on missions with a friend, and I'd highly recommend you communicate with mics if you want to get through these quickly. The co-op missions are substantially harder than the campaign mode and usually require some level of teamwork to get things done. There are six scripted missions that unlock in order and usually require multiple playthroughs to learn the scripted events. The "Drop Um Like Liquid" level seems to suffer from this the most, where you have to snipe several targets with a buddy extremely quickly before hostages are killed. Since the spotting mechanic will often target two enemies when grouped together instead of one, you and your teammate might get confused on who's attacking who. With no checkpoints, that means patient gamers will need to replay the 15-or-so-minute levels a few times to learn exactly when certain scripting triggers are going to happen. Other than the repetition, the co-op levels are pretty exciting and provide a much better experience than the campaign missions they support.

In addition to the PC, I played through the campaign on the PS3 version, and it seemed to be a smooth experience that mostly mirrored the high quality and visuals of my beefier home PC. The console version does come with a slight bit of pop-in for the larger levels, but is certainly still a looker. The difference between the versions then mostly lies in the online and social networking Battlelog service that the PC version requires to play. Although your console and PC soldiers will both display stats and info on Battlelog similar to something like Bungie.net, the PC version actually does its matchmaking, party management and voice control through the browser itself. I went into Battlelog worried and a little confused at this different approach, but after a half dozen hours of online play I'm now convinced it's an altogether better way to manage your game sessions. Although I did have some problems importing my friends list from other services, once I got Battlelog running it was pretty seamless to start up games with friends and chat with buddies. The best advantage to the system is that you spend less time looking at connection screens and can instead peruse your own stats and snoop on other platoon members between games.

Battlefield 3 is exactly what Battlefield fans most likely wanted: a chaotic, gorgeous multiplayer game with small, but important tweaks to what already worked in past games. That it includes a short, somewhat mediocre solo campaign and some hit-or-miss co-op action does not detract from the fact that, online, this is the best Battlefield game yet. The PC version's online matchmaking tools are way ahead of the curve and a good example of how to do social networking in video games the right way. For those who didn't enjoy Battlefield before, the extra features likely won't be enough to bring you over, but those who just want to play a much-improved Battlefield--mixed-up, crazy, "I can't believe that just happened" Battlefield -- should feel right at home. 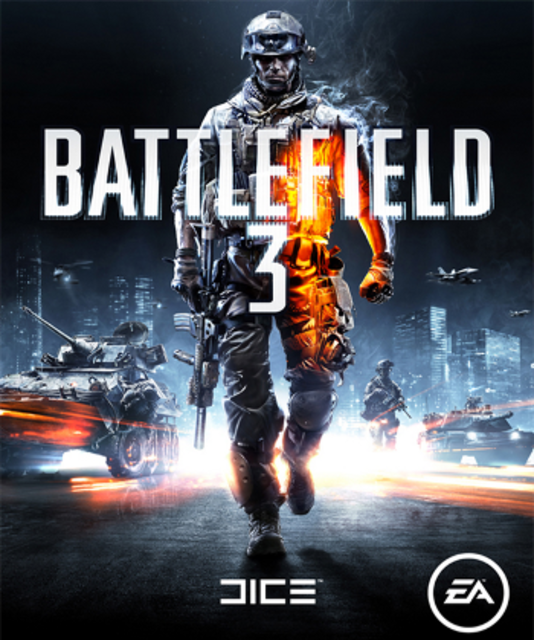