by Jeff Gerstmann on November 14, 2012
Share:TwitterFacebookReddit

You'd think that the people in charge of the Call of Duty franchise would be more protective of it than this.

Call of Duty: Black Ops Declassified attempts to bring some of the flavor of 2010's Call of Duty: Black Ops to the PlayStation Vita by giving you new missions that put you in the boots of that game's main duo, Frank Woods and Alex Mason. While this could have served as an interesting segue between the events of that game and the just-released Black Ops II, Declassified is a disjointed mess of meaningless missions played against a clock backed up with a multiplayer mode that occasionally approximates something that resembled proper Call of Duty combat. More often, though, the game feels too small to be entertaining, with maps so tiny that you'll literally spawn with an enemy in your crosshairs... or vice versa. This would be a questionable purchase at traditional downloadable pricing. But at $50? No way.

To fit on the Vita, some control adjustments have been made. The triggers handle your aiming and shooting, but many of the other maneuvers--grenade tossing and melee attacks, specifically--have been moved to the touch screen. The rear touch is used to steady your aim while sniping and the game utilizes an auto-sprint option to keep things moving at a Call of Duty-like pace. But at best, controlling the action feels like a bootleg knockoff of real Call of Duty. Basic movement feels awkward and the auto-sprint feels unreliable, making it tougher to get away from grenades. It almost feels like the developers realized this, because the fuses on grenades feel way longer. Call of Duty has always been about snapping to your target when playing against AI opposition, and that snapping feels positively vital on the Vita. Turning with the right stick, despite a sensitivity slider, never feels right. Multiplayer matches, as a result, look like a collection of broken robots mindlessly running around tight corridors, passing one another, then clumsily turning to fire. As if that all wasn't weird enough, all enemies--human or otherwise--feel like they take three or four more bullets to drop. It's a messy game to play, and that feel permeates every mode.

The primary solo mode is a series of profoundly short time trials that put you, as either Alex Mason or Frank Woods, into a quick mission. You're given a few seconds of start-up storyline and sent on your way. There are no checkpoints, so if you die, shoot hostages, or stumble into some other failure state, you'll have to start the entire mission over. Most missions are only a few minutes long, so the lack of checkpoints isn't the end of the world, but it sure is a weird thing to include as your main single-player mode. You'll get cutscenes between missions, but no overarching story.

The AI you'll face in these missions is embarrassing. Enemies, seemingly aware that the game's controls are kind of bad, occasionally just stand there for a bit, giving you time to take them out at your leisure. Sometimes enemies two rooms ahead of you will just start shooting in your direction where they stand, even though there are multiple walls between you and them. Incidentally, this actually works out in your favor in some cases, since the game is sort of bad about telling you where you're supposed to be going. So just follow the gunfire. In an ideal situation, these missions would be good enough to inspire you to play them over and over again and place higher on the game's online leaderboards. But that is most definitely not the case.

The game also has a handful of time trials, which pit you against wooden targets as you try to get through a set of obstacle courses as quickly as possible. Hey, remember how Call of Duty games used to have the training course thing that would let you see which difficulty mode you should play on? Ever wish that this old idea was turned into a small mode of its own? Yeah, me neither. Hostiles mode, which is a wave-based survival mode, spawns in dozens of enemies for you to gun down and, between waves, drops supply crates to let you restock. Enemies typically make a beeline for your location, but they're also likely to get hung up on level geometry and just sort of vibrate up against a wall.

The most interesting option is eight-player multiplayer, which is built on a limited set of the same fundamentals that power other Call of Duty games. You'll gain levels, create custom classes with perks, weapon attachments, and more. It has a handful of modes, too, including Kill Confirmed and Drop Zone, which has you fighting over control of a single point on the map. It can handle up to eight players, which manages to be enough for the little maps included in the game. Remember how Nuketown always seemed like it was a little small? How about Nukehouse, which is a sectioned-off half of the original Nuketown map? No? On one hand, there's something novel about a handheld version of Call of Duty. But not like this.

The game is strangely quiet, even after a launch day patch that claims to adjust the sound levels. It feels like it's missing music or some more ambient battlefield noise. While we're talking about audio, it's worth noting that most of the original voice actors do not reprise their roles here. The graphics are often decent, but the stilted, awkward character movement just makes the action look strange.

The game is also plagued with a handful of technical issues. Multiplayer matches are often hard to connect to, and if you're connecting to what Sony refers to as a "Type 3" NAT, attempting to select the multiplayer menu at all simply pops up an "Insufficient NAT" message, preventing you from playing the multiplayer mode at all. Menus sometimes seem to freeze up for seconds at a time, preventing you from making a selection and moving forward. Joining multiplayer games often sends you back to the main menu instead of into a game. And the game can get caught in some sort of loop that causes it to pop up a wireless network error message over the single-player action without actually pausing the action. The game's already seen one patch, which put in an Ad Hoc multiplayer mode, but it's in need of more.

So it's a bad game on its own, but the technical issues really twist the knife already buried in Declassified's dark heart. Allow me to remind you that this game is $50. Do not buy this game for $50. 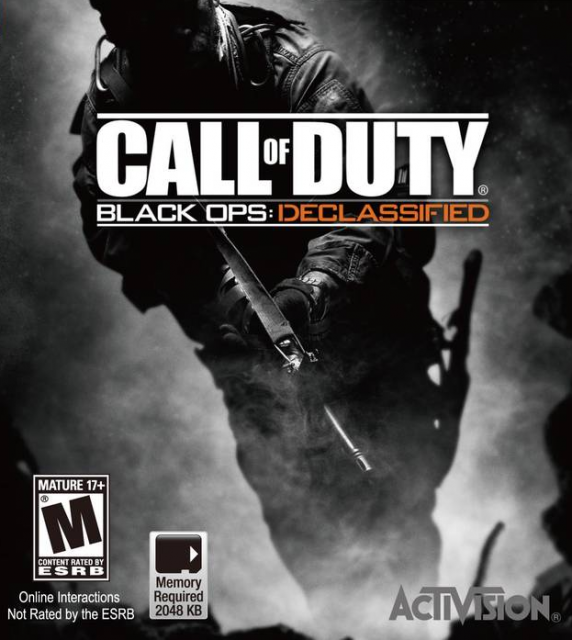