Maybe the greek gods would still be around if someone had just gotten Kratos a therapy kitty.

This re-release seems unnecessary at first glance, but the conclusion of Kratos' journey serves up a level of spectacle that remains impressive in 2015.

Recent years have seen PlayStation consoles lead the charge in hosting HD remasters of past hits. Jak & Daxter, Ratchet & Clank, Sly Cooper, Ico and Shadow of the Colossus, The Last of Us, and many more have seen second lives, and the trend shows no signs of slowing (Sony recently announced the high-def return of the first three Uncharted games). While so many hits from previous generations have come back, the God of War franchise in particular seems to resurface on a more frequent basis than most. The original two PS2 games were re-released on PlayStation 3, the PSP titles from Ready at Dawn came to consoles in the Origins Collection, and the first five games were released in one package known as the God of War Saga. With this history, it shouldn't come as a surprise that Sony has gone back to the well in bringing the “final chapter” in Kratos’ journey to the PlayStation 4.

At first glance, this seems to be the least necessary of Kratos’ resurrections. The first two games are action classics, featuring a level of spectacle that benefitted from a new HD sheen. Many fans of the series didn’t own PSPs, so the Origins Collection was a great way to experience those adventures on the big(ger) screen. God of War Saga didn’t enhance any of those experiences further, but it was still nice to have the entire franchise on one collection on one console. God of War III: Remastered, on the other hand, doesn’t seem to have any big bullet point to hang its hat on.

The power of the PlayStation 4 allows for some more detailed textures and a better framerate, but the PlayStation 3 original was already in HD and still looks fantastic by 2015 standards. Massive setpiece moments like the Cronos battle and the Titan siege on Mount Olympus are still breathtaking, and the variety of brutal enemy kill animations are as entertaining as ever to watch. The combat itself doesn’t reach the complexity of more precise genre entries like Bayonetta 2 or DmC, but it’s still fun to utilize Kratos’ arsenal of weapons and moves to tear your way through Greek mythology.

Your enjoyment of God of War III: Remastered hinges heavily on your history with the game and recent years in the third-person action genre. If you’re new to the God of War series, this entry features all of its best elements firing on all cylinders and serves as a great introduction for what it offers. If (like me) you haven’t played it in years, it’s impressive to see how well the experience has held up in terms of gameplay and production value. However, I can see how the game could be seen as a bit lackluster if you’re coming from a lot of time with more recent games like the aforementioned Bayonetta 2. Elements of God of War III seem dated now, especially the reliance on constant QTE prompts. These had started to grow tiresome by 2010, and their constant appearance in boss fights and standard enemy encounters feels downright gratuitous five years later.

Despite some aging mechanics, I still had a blast whipping my Blades of Exile around ancient Greece once again. There's something visceral and rewarding about God of War's combat that manages to strike a nerve even after a lapse of several years.

Other games see protagonists slaughtering hundreds of opponents, but few do so with as much enthusiasm and wince-worthy gore as this one. Whether you're gutting a minotaur, tearing the eye out of a cyclops, or slowly sawing off the leg of a boss, the attention to detail Sony Santa Monica puts into these kills is rivaled only by NetherRealm Studios' work on Mortal Kombat.

God of War III: Remastered can still be entertaining as hell in its biggest moments, and I’d recommend it if you’re a big fan who wants to revisit the game after several years or if you’ve never touched the series and want to see what it’s all about. Then again, if you haven't played it before and you own a PS3, you might as well pick up a cheap copy of the game on that console considering how few substantial updates have been made here.

Those that weren’t blown away by God of War III in 2010 won’t find much in this update to change their tune, but fans and newcomers might consider giving it a shot. Frequent re-releases and the lackluster Ascension prequel may have brought on some God of War fatigue, but this remaster can be a great reminder of some of the best moments in Kratos’ saga. 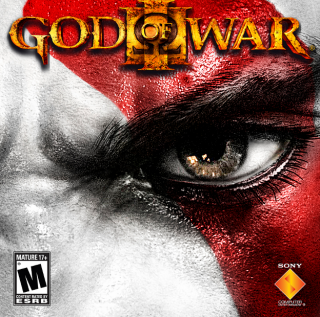