There's lots of arm chopping to do, but first Jeff has to upgrade the firmware on his sword.

by Jeff Gerstmann on February 19, 2013
Share:TwitterFacebookReddit

The points where the styles of Kojima Productions and PlatinumGames collide make playing Metal Gear Rising a short but enjoyable trip through a post-MGS4 world.

Less talking, more cutting. Metal Gear Rising: Revengeance is an odd split, taking the concepts and a couple of characters from Kojima Productions' Metal Gear franchise and slamming them into a character action game developed by PlatinumGames, the studio that's increasingly known for being one of the best producers of this sort of hack-and-slash, combo-crazy action. The resulting mix is a game that tempers some of KojiPro's penchant for long-winded cutscenes by flooding it full of enemy cyborgs that are just begging for you to cut them into hundreds of tiny bits while also reigning in some of Platinum's wilder narrative tendencies. In short, it's a quick cut through the world of Metal Gear that mentions just enough about the Patriots and the War Economy to let you feel like you're keeping up on the state of post-MGS4 Metal Gear while also filling it full of ridiculous, entertaining combat sequences and, for whatever reason, a whole lot of cursing.

Set four years after the events of Metal Gear Solid 4, Rising is all about Raiden, who had been turned into a cyborg ninja the last time we saw him. These days, Raiden and his robot body are working for Maverick, one of several private military companies that rent out their services to the highest bidder. At the opening of the game, Maverick is overseeing security for an African prime minister that is on the verge of bringing peace to the region. A rival PMC intervenes, Raiden is outmatched, and a personal revenge tale is set into motion. Over seven chapters you'll chase down said rival PMC, deal with Raiden's past as a child soldier, and get yourself caught up in the sort of world-ending, conspiratorial gaga that can only come from a game with Metal Gear written on its box. It's a fun story that practically opens with Raiden dismantling a Metal Gear with his sword, and it just keeps escalating from there, culminating in a final, over-the-top confrontation that manages to meld the sensibilities of both of its development studios almost perfectly.

The combat in Rising isn't the most complex combat that Platinum has produced, but it strikes a rewarding balance between mashing on the attack buttons like a crazy person and using proper skill to to take out your foes more selectively. As you set the difficulty higher and higher, it gets harder and harder to mash your way out of trouble. The fighting starts with a standard two-button, light/heavy system that expands as you unlock additional moves. This gives you access to launchers, leg sweeps, and the ability to parry attacks while you're in the air. Defense is a pretty active system in Rising. Instead of giving you a block button, the only way to deal with incoming attacks is to either get out of the way or parry them with your light attack button and a push in that enemy's direction.

Well-timed parries set enemies up for quick kills via "blade mode," a sort of slow-motion effect that allows you to flick the right analog stick around to cut wildly, slicing dying enemies into hundreds of pieces along the way. Done after a parry or to a weakened enemy, blade mode sets up "zandatsu" kills, which draws a box over a target area on an enemy. Slicing that area gives you access to an enemy's innards, and if you grab said innards before they hit the ground, it'll refill your health and battery reserves. It's... pretty cool. Gruesome, you say? Well, what if I told you that every enemy in the game is a cyborg and that you're technically just cutting apart a lot of robotic limbs and torsos? No? That doesn't make you feel any better? Hmm. Well... it's still pretty cool, even if the process itself gets repetitive over the course of the game. Off of a perfect counter, zandatsu kills are the same basic per-enemy animation every time, so the better you are at playing defense, the more often you'll see the same things over and over again.

As you play, you'll unlock the ability to equip additional weapons, which replace your heavy attack with a pole, magnetic sai, and others. This gives you a bit of extra flexibility. The game also has disposable sub-weapons, like rocket launchers and grenades, but those seem like they're for chumps. You're a ninja-cyborg-guy with an electric sword designed to slice anything and everything into bits. Rockets and grenades just feel cheap and useless by comparison.

Rising looks nice on both the PlayStation 3 and Xbox 360, with a solid frame rate during gameplay that occasionally dips when codec sequences load up. The game's flashiest graphical feature is your ability to slice apart a lot of the objects in the environment, from fences that block your path to police cars that are just there for you to cut into tiny pieces. The slicing looks a little corny, especially when you're cutting humanoid enemies up into 200 pieces (the game helpfully keeps track of how many pieces you're creating), but it all comes together to benefit the game's over-the-top sensibilities. There's a batch of nice voice work throughout Rising, but I found Raiden, the main character himself, to sound worse as the game went on. As he runs himself more and more ragged over the course of the campaign, he starts to sound more and more gravelly, but it doesn't sound "tough." It sounds silly.

Metal Gear Rising is a short game. My first time through on normal took an afternoon, and that includes watching all of the cutscenes and dying three or four times along the way. The game keeps a clock that tracks your best times through each area and removes cutscene time. So, if you subtract the time I spent seeing the story and replaying parts where I died, it took me a little over four hours of gameplay to get to the end. If you're the type of person who thrives on getting S-ranks in every single combat chapter and wants to play through on all four difficulty settings and unlock every VR mission, you'll find plenty to do. But if you're just here to see the story, it's a little thin. I didn't find it to be criminally short, though, and artificially lengthening the game would make the issue of seeing the same zandatsu kills over and over again far worse. It's about as long as it needs to be to wring everything out of its mechanics. It's enjoyable, with a story that goes in some really wild directions, but don't come to Rising expecting a game that rivals typical Metal Gear Solid games in length. Even if you go out of your way to listen to as many optional codec conversations as you can (you can call a few key members of your support team at any time for a check-in), it might not hold your attention for very long.

Even with that in mind, I found Metal Gear Rising to be a thrilling and engaging experience. The swordplay is fun, and it's really fascinating to see the different spots where either Kojima's or Platinum's signature styles shine through. It also has a wild final confrontation that shows elements of both, doling out some heavy-handed political preaching while also putting a man-sized ninja cyborg up against... well, something way crazier (and dirty-mouthed) than a man-sized ninja cyborg. If you're a value-minded individual that doesn't tend to replay games, Metal Gear Rising will only make you angry. But if seeing the state of the post-MGS4 world while slicing your way through everything that gets in your way sounds like a good time, well, that's because it is. 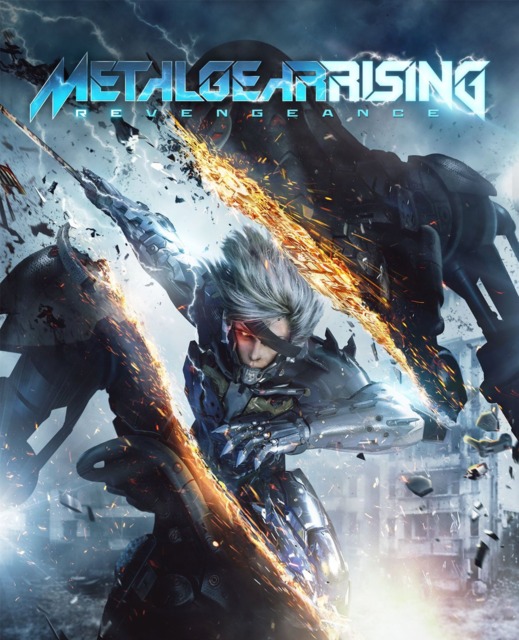