Need for Speed: Most Wanted Review

by Jeff Gerstmann on October 30, 2012
Share:TwitterFacebookReddit

If you're looking for a multiplayer driving game that's about way more than simple races, Most Wanted's speedlist system makes for an amazingly good time.

Need for Speed: Most Wanted might not have the name on the box, but it's essentially a mini-sequel to Burnout Paradise. Criterion has taken a lot of the ideas from its last big open-world racing game and sharpened them up a bit. As the type of person who put hundreds of hours into Burnout Paradise, I find this to be a very exciting prospect, indeed. While the ideas behind Most Wanted are mostly sound, sometimes the execution of its solo gameplay is decidedly less so. Yet the multiplayer side takes all those learnings from Burnout Paradise and runs with them in some incredible ways. The end result is a game with some amazing moments and enough little issues to make you constantly wish that it was slightly better, slightly smoother, and (on consoles) slightly cleaner.

But let's start with what Most Wanted actually is. It's an open world racing game with a single-player mode that is very different from its multiplayer, but they're united by a shared player progression. In single-player mode, the object is to take on the 10 cars that make up the "Most Wanted List." In order to unlock those 10 races, you'll need to earn experience points, which are gained in other races. With the exception of the "Most Wanted" cars themselves, no vehicles are doled out to you as you progress. Instead, every car is tucked away in a few spots around the world. These "jack spots" let you drive up to these parked cars and press a button to switch. Each car has five races assigned to it, and completing these earn you experience points and unlock car modifiers, like off-road tires that help you maintain control when you're not on the streets, or a reinforced chassis that lets you maintain control after a collision with another racer or cop. That's not to say that there are five unique races for every car, though, as plenty of them repeat. But the unlocks are car-specific, so if you're bent on doing everything you'll need to find every car and complete all five races with every car.

The cars themselves handle well in a loose, fun way that feels a lot like Burnout Paradise. Tapping the brakes sets your car adrift, letting you get long, smooth slides around sharp corners, often while simultaneously using your nitrous boost to actually gain speed while sliding out. The fastest cars require tight turning abilities and even tighter reaction times from the player to help dodge oncoming traffic, highway dividers, and the like. Once you get used to its specific style of driving, it's positively excellent.

While the bulk of the single-player events are only open to a few cars, the Most Wanted races themselves are open to any vehicle, and you can use a handy in-game menu to change cars or mods at any time. But, for whatever reason, changing cars doesn't let you change cars on the spot. You can only warp to one of the areas where that car is parked. So changing cars on the fly isn't really an option, which is annoying in cases where you want to switch to a faster car because you just found a billboard, speed camera, or some other optional piece of the world that you want to blast through.

The name Most Wanted also implies that the police will be involved, and sure enough, they'll pop up with increasing frequency as you work your way through the game. Some events simply have police encounters programmed into them, forcing you to deal with the law as you race and escape them once the race is complete. You can also get into free-drive scuffles with the law if they see you driving fast... which happens all the time. The police aspect of Most Wanted feels tossed in and largely out of place, especially when you're just trying to bang out some races and unlock mods for your current car. You can't start race events or warp to other cars while a pursuit is in progress. While you can typically speed away from a pursuit just as it's started and get away without much trouble, if you get mired in a longer chase that started during a previous event, the fastest way out is usually to just let yourself get caught. There's no penalty for that--in fact there are in-game milestones built upon getting busted--though the game forcibly warps you back to your current car's parking spot once that happens. If you're right near the next event or trying to hunt down collectibles, this is pretty much just a pain in the ass.

Ultimately, though, the real issue with the single-player is that it feels a little empty. The world feels small and lifeless. Aside from an announcer coming on and giving a speech that is deliberately similar to the one found in Burnout Paradise when you first start playing, the only other chatter you hear comes during police chases. But the police radio dialogue is almost immediately repetitive, adding the tedium I felt whenever the law got involved. On top of that, it isn't particularly long or in-depth, so unless you're bent on upgrading every car, you'll reach a million experience points and be able to complete the final Most Wanted race in around six or seven hours.

Thankfully, the game has multiplayer, and the online side of Need for Speed: Most Wanted is amazing. Rather than just dump you into yet another series of races, Most Wanted is more like the challenge modes found in Burnout Paradise with some proper racing mixed in. The events join together to form "speedlists," which group five different events together. These are served up at random in public matches, but you can configure your own lists for private matches. The events vary from group activities, like asking all the players to perform drifts around a landmark until the total drift yardage reaches a certain number. Or individual feats of skill, like seeing who can get the longest jump off of a specific ramp. But these have a twist. If you're taken out by another player while trying to hit that longest jump, your last score is frozen and you're effectively eliminated from the event, leaving you to just try to screw it up for the other players by taking them out. So it's a viable strategy to get a good, long jump and then just park on the ramp to mess up other players. It's dirty.

Even the racing has a wicked, filthy edge to it. Between events, you're asked to drive to the next meet up spot so that all players are in the same basic location when the next event starts. When that event is a race, it doesn't line you all up into some sort of formal starting grid. As soon as the GPS line appears on your map and you know which direction you're supposed to take, you're free to start moving in the basic direction of the first checkpoint, timer be damned. Even the drive to the meet up point has a bit of competition to it, as the player that gets there first gets a little bit of XP. At the end of the five-event group, the scores are tallied, a winner is declared, and you're ready for the next set.

Though the pool of experience points you earn is used across multiplayer and the solo portion of Most Wanted, the two sides of the game handle unlocks completely differently. Rather than finding cars in the world, in multiplayer you unlock more cars when you gain a level, and mods for those cars are earned by driving and performing well in those specific vehicles. So you might earn track tires for driving a car for five miles or an aero body kit for jumping a set number of yards. "Pro" versions of these perks are also unlockable later on. And since the game uses the same XP count for both modes, playing online is a good way to unlock the Most Wanted races in single-player, and if you've been playing a bunch of single-player, you'll have a bunch of new cars to choose from the next time you get in a game with other people.

The Xbox 360 version of the game is a little hitchy, with an unstable frame rate that takes supreme dives whenever there are a lot of cop cars on-screen. It also looks a little blurry at the horizon, which in a game where dodging oncoming traffic at insane speeds is the order of the day can cause some issues of its own. The PC version, predictably, has none of these issues. It looks great at high resolutions and, assuming you've got a machine that can handle it, the frame rate is terrific. Ultimately, though, this is a multiplayer game that you'll enjoy most with friends, and you should probably play it where your friends will play it... just try to convince them all that the PC version is the way to go, if you hold that sort of sway over your peers.

It's also worth noting that Most Wanted might be the first game I've seen that justifies the existence of EA's Origin service, as it syncs your point total across all platforms, including the Vita version. This means that if you finish the game on one platform, you'll have enough points to immediately open the main races in single-player on another platform, but more importantly your multiplayer progress will carry over. I don't know that I'd recommend that people play the game on multiple platforms, but if you're planning on playing the portable version as well as its "big" counterpart, it's pretty cool to not have to unlock all those cars in both places.

It's a shame that the single-player portion of Most Wanted isn't more exciting, but it's still pretty good because the handling makes the cars enjoyable to just drive around, regardless of what you're doing. But if you're looking for a solid, lengthy solo campaign from a driving game, this isn't what you're looking for. Most Wanted is a multiplayer-first game, and taken in that context, few games do it better than this. 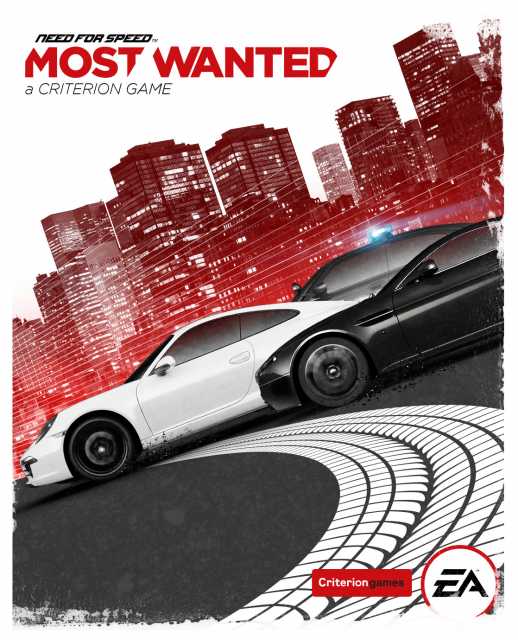 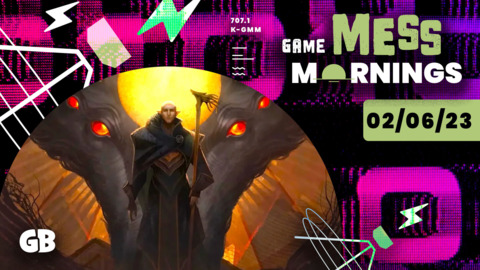