by Jeff Gerstmann on August 18, 2009
Share:TwitterFacebookReddit

It's not going to blow your mind with new, never-before-seen features or anything like that, but Wolfenstein is well-designed and engaging from start to finish.


With a simple name like " Wolfenstein," you might think that Raven's latest is a full-on reboot of the series that popularized first-person shooting in the first place. But this alternate historical take on World War II is really a sequel to the popular 2001 shooter, Return to Castle Wolfenstein. That's not a huge point, but it means that you can expect to see some of the same "Nazis experimenting with weird occult artifacts" stuff that has become something of a hallmark for the series. This latest entry offers a good, solid single-player campaign backed by a class-based multiplayer mode that offers a level of persistence that a lot of players have come to expect in a post- Modern-Warfare world.

Wolfenstein chronicles the continuing adventures of B.J. Blazkowicz, American super spy. This time, you (as B.J.) are inserted into the fictional German city of Isenstadt to figure out what the Nazis are doing there. As it turns out, they've uncovered artifacts that allow them to harness the power of an alternate dimension called Black Sun. What's more, there's a sort of phased state that exists between the two dimensions known as the Veil. You quickly find a medallion that gives you the ability to enter the Veil, which changes the color of everything and increases your speed, giving you the drop on the Nazis. You'll also eventually earn powers that harness this dark energy, like the ability to slow time, a shield, and an "empower" ability that makes your shots do more damage and cut through enemy protection. It's the use of the Veil powers that makes Wolfenstein more than just another World War II shooter, and you'll use all of your powers both to solve simple puzzles and to make combat easier.

Of course, you'll have plenty of guns to use, too. The game starts you out with an MP40, and you'll quickly get a single-shot rifle, the Kar 98, and a better submachine gun, the MP43. Everything you get after that is a little more out-of-the-ordinary. That includes basic real-world weapons, like a flamethrower and a rocket launcher, but you'll also start finding things like the Tesla Gun, which shoots electric bolts, or the particle cannon, which shoots a stream of energy that disintegrates most of your targets. There are eight weapons in all. Wolfenstein also has an upgrade system that lets you put any money you find into improving your weapons and your Veil abilities.

The game itself has you hunting down the Nazis in charge of the Isenstadt operation while performing missions for a couple of different factions. You'll get your missions in a sort of overworld-type area that lets you roam around freely. You can choose to head over to the black market to purchase some new upgrades, head directly to the safehouse for one of the factions to advance the story, or just sort of wander the streets and search the buildings for additional gold or collectibles. It's cool that Wolfenstein has some kind of open-world component to it, but there isn't that much to do there. So it's really there to just connect the missions together in a meaningful way. When you open up a mission, a section of the city becomes available or a door unlocks that lets you get to the mission in question. Once you hit that door and load up the mission, the game resembles other first-person shooters in that the missions are decidedly linear and scripted. Still, it's a neat little trick. The campaign is pretty good, overall, with good map design and plenty of spots to flex your Veil powers and mow down the opposition.

Wolfenstein has an achievement for finishing the game in under 12 hours, but don't let that fool you. I ended up completing the game in around half that time without skipping any of the optional missions. It's not a particularly hard game, but that's because you're mostly just fighting regular Nazi soldiers, who all carry (and drop) the submachine guns in the game. So ammo for those weapons is extremely plentiful, while ammo for the more exotic devices is in short supply. While you can buy ammo at the black market, you're going to want to use that cash for upgrades, because there doesn't even seem to be enough money in the game to buy all of the upgrades. So the end result is that I went through the entire game relying on either the MP40 or the MP43, only switching to anything bigger during the game's very occasional boss encounters... which are telegraphed by the developers placing rooms full of every piece of ammo you could ever need immediately before you start a big fight.

The single-player campaign is accompanied by a team-based multiplayer component that lets players choose from three different classes. The soldier is your basic fighter; he gets the widest weapon selection and can throw satchel charges. The medic can drop health packs and the engineer can drop ammo and construct or repair turrets, which are features on some maps. Each class also gets a Veil ability, but that has to be unlocked first. For doing just about anything useful in a multiplayer match--even shooting an enemy a few times--you'll earn cash. That cash is spent on upgrades to your abilities and weapons. The system is similar to the perk setup in Call of Duty 4: Modern Warfare in that even though you can unlock all of the abilities, you'll still have to choose a limited number to actually use in battle.

You'll be able to play three different modes on eight different maps. Team Deathmatch is, you know, team deathmatch. Objective and Stopwatch are assault-style modes where one team defends a set of objectives while the attacking team constructs bridges, loads tank shells, or does whatever the map requires to get at and retrieve a specific item. They're as standard as they sound, but the quality of the maps themselves is pretty high.

It doesn't always look fantastic, which occasionally reminds you that this is a heavily modified version of the same technology that powered Doom 3. But the gameplay both online and off is solid enough to make Wolfenstein worth checking out if you're a shooter fan on the hunt for something new. It's familiar enough in spots, but the way the Veil powers function gives everything just enough of a tweak to feel exciting.
Jeff Gerstmann on Google+
Load Comments 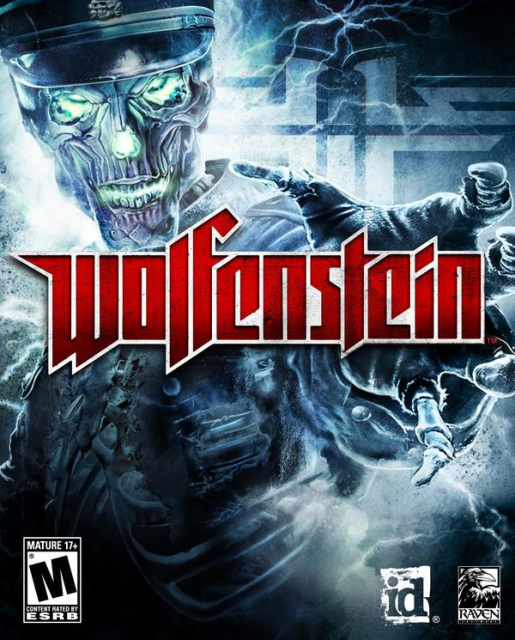