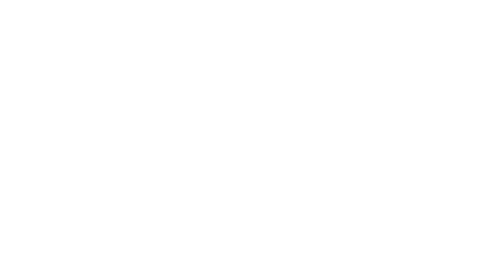 We go after Death, but find ourselves facing off against some old friends. BOSS RUSH!

Vinny Caravella takes on the challenge of playing through each of the Castlevania games and some extras. It's always Belmont O'Clock somewhere!

Yes! I missed this earlier, so I'm glad it was put up so fast.

Whoa I didn't even know this was happening!

Yeah, this one ended up being a shorty relative to some other VinnyVanias, but I can't blame Vinny given how shitty that collapsing bridge section is.

@szlifier: Thanks as always :D

Some good progress on this one. Vinny is pretty good at Castlevania.

@zordo: Not quite the right title, but...

Excellent. I was at work for the first hour of this and I missed out on him killing Death. I did peak in every now and then, albeit without sound. I believe I witnessed the exact moment they fought Shaft after the boss rush. Now I can see it again with sound!

The role playing during Shaft was absolutely hilarious.

Also, please do some extra levels once you finished it.

Man that Death technic, that had to be crushing to watch.

I wish they'd end every game in this series by watching a single-segment speedrun of it.

I'd take another boss gauntlet over the bat gauntlet, good lord.

lol @ the mummy Dhalsimming Vinny all up one side and down the other.

also: man these bats are ASSHOLES

The bat bridge isn't as bad as it seems. It just takes a few tries to get the feel for what you need to do, and it looks like Vinny was getting close. Proper use of axes is an excellent strategy, especially since they kill the bats in one hit. I eventually got good at jumping forward, turning around in mid-air, and throwing axes at the bats coming at me from behind.

I really liked how Vinny would keep doing bad against bosses then take suggestions from the chat and crush it pretty quickly.

"Shaft himself is not the threat. It's his bal- er, orbs."

I did not expect to see that level of mercy.

May I propose, Salt and Sanctuary Co-op for your guy's next "Let's Play" series?

You play the lead, while Austin and Alex takes turns playing your sidekick.

Not sure if you guys have a PS4 in the office. Vinny, bring yours in and please make this happen.

I thought van helsing was really cool as a kid, I know its bad now but its still sorta rad...

I can't find the like button but I have I don't even know how many years of subscription at this point so at least that's covered!

That green robot on the boat level is totally a Warjack from the tabletop game Warmachine.

"5 bosses for the price of ONE!!!" could be the next deal after "Poltergeist Weapon Rack + BONUS Bloodsword" in a Castlevania themed shopping channel hosted by Alex and Austin.

So are they implying that Shaft's team are the New York Knicks of the Castlevania league?

Super impressed by how good Vinny was at learning boss patterns in this episode.

I did not expect to see that level of mercy.

I feel like this Castlevania game has the right level of difficulty. Still can be pretty challenging, but not some cruel bullshit like Castlevania 3.

The Ghost Ship music has been stuck in my head since last week.

Funny how Death can be very easy if you just relax and play smart. I wonder how many of the other bosses worked the same way.

I love how they are finally really into a Castlevania game again.

I heard Vinny was a speedrunner... in bed.

Oh lord that was a bad Biggie-imitation Alex, but I love you for making it.

Oh lord that was a bad Biggie-imitation Alex, but I love you for making it.

[Richter Belmont]
My man Death almost killed me on a pirate ship
Now I've got Shaft summoning crazy shit
I've got my whip, and bosses all up on my tip
I'm ready to get these monsters, Marie: you with me?

[Maria]
Motherfucking right, my dragon's ready for a fight
I'm taking off the gloves
Yo, Belmont let me get my doves

[Richter Belmont]
No need for that, I've got the fucking axe
Once I see Shaft, the blade is to his back
Word is bond, I'mma smoke him, yo, don't fake no moves
Treat it like boxing, stick and move, stick and move

[Maria]
Richter, you ain't got to explain shit
I've been hunting vampires since the start, Ric
With the same turtle and the same cute bird
Double jumps and cats, a vampire's getting served
That's my word, Shaft won't even live til tomorrow
Have his mother singin' an aria of sorrow

[Richter Belmont]
Yes, Maria, love your fucking attitude
Because the mummy comes at us, that's the mummy that's getting screwed
And burned up from the acid raining
Welts on the neck from the whip I'm aiming
Then I'm scoopin' up the hearts and I'm killin' medusas too
And the Frankensteins and bats too
I wouldn't give a fuck if they're undead
Give me the super cross and I'll get 'em all bled

[Maria]
I'm tossing doves like John Woo, shit is true
When it's time to kill a foo', the birds are comin' at you
Cause Dracula ain't even got shit
I've got turtles and a dragon, off these hearts that I'm grabbin'
Huh, word to mother, I'm here to kill
Crazier than the solo in Barkerville
When I bust my birds, mothafuckas get served
I'm all that, and I've got a cat, where the hearts at?

That bat run is fucked. Would like to see the game's demo play get through that without being hit

That's my word, Shaft won't even live til tomorrow

Have his mother singin' an aria of sorrow