Awards season is upon us once again, and we begin with a reflection on games both old and new.

Another year is in the books here at Giant Bomb, and that means it's time to start running down the best (and worst) of video games, 2015-style. Below you'll find the winners and runners-up of our first four categories, and make sure you also visit our GOTY hub page to see the video recap of today's awards, and listen to the deliberation podcast that runs down how we came to these winners. On to the awards!

What a difference a year makes. It seems like only yesterday that Brad was arguing valiantly against the assembled forces of darkness to make sure Destiny took its rightful place on the (bottom of the) 2014 Game of the Year list. In the wake of that just but pyrrhic victory, it's vindicating to see how much better a game Destiny became with the advent of September's all-important 2.0 update--which reorganized the game's content into more sensible quest lines and introduced a far more satisfying, dynamic loot and character-progression system--and the vastly better and more diverse content offering of The Taken King.

Suddenly, darn near everybody on the Giant Bomb staff was playing Destiny on a daily basis, shooting their way through strikes, doing dailies and weeklies, and even taking a stab at the raid. The game got so much better at offering a wider range of activities, and making those activities feel worthwhile and rewarding, that Destiny became the Diablo-style loot shooter it was always meant to be: that game you come home after work and pop on in your spare time when you just want to roll around doing missions with friends or grind for slightly better loot. (It helped immensely that loot actually dropped on a regular basis, and yielded appreciable stat gains. Loot is cool.)

In short, Destiny finally became a game worth playing on a frequent basis, and a game you could feel good about playing. Even though Bungie has scuttled its original DLC release schedule--meaning the next year or so of Destiny is going to be pretty light on content, aside from a handful of live events--the core loot progression and the caliber of content Bungie was putting out in year two made is all play a whole lot of Destiny in 2015, and that stuff represents a sign of great things to come in the future. You just can't overstate the difference between Destiny today versus Destiny at launch.

Car Soccer from the team that made the forgotten and ill-titled Supersonic Acrobatic Rocket-Powered Battle Cars? Fooooorrrrrrrrget it. Psyonix's Rocket League sounds like the sort of game that would come out, fail to find a steady online community, and fall directly into obscurity. But its appearance on PlayStation Plus as a free release probably changed everything for that game.

The surprise in Rocket League comes the moment you pick up a controller and execute your first flips and jumps. It doesn't take long to see just how smooth everything looks and feels. Everything from flipping into the giant ball to blast it downfield to driving up a wall just feels fantastic. Getting it into the PS4 userbase's hands for free? Yeah, that probably built up a little positive word of mouth. Anyway... surprising! That whole thing was surprising.

One of the "great" things about being just a couple of years removed from new console launches has been watching publishers scramble to try and accumulate games to put out on those consoles. While many have stuck to the ancient method of "developing new games", a number of publishers have turned to more insidious, less time- and capital-intensive methods. Rather than create new life, these publishers have turned to the forbidden Dark Art of HD remastering, conjuring spirits of old back into the world to provide quick, easy profits to please the Shadow Council of Shareholders.

Sometimes these spirits turn out to benign, even welcome presences--see examples like the Nathan Drake Collection, or the Grim Fandango rerelease. Others bear the hellish reek of cynical cash grabs, existing for no discernible reason except as an excuse to spirit away your money. For the prime example of this, look no further than Deadpool.

There's only one possible reason someone would think it was a good idea to throw 2013's Deadpool into the HD remake cauldron. With the Ryan Reynolds-fronted Deadpool movie on the horizon, someone at Activision undoubtedly realized that The Kids might suddenly be interested in playing a Deadpool video game. But making a new Deadpool game would cost time and money, so why not just rerelease that lousy, unfunny action game the company published just two short years ago? Sure, hardly anyone noticed it back then, but there's a movie now! And new consoles!

Thankfully, 2015 had a wealth of interesting new games, so something as egregiously unnecessary as Deadpool HD ultimately feels more like a bizarre, annoying aberration than a grim portent of things to come. But just to be safe, if you see any publishers opening any summoning circles around E3 this year, be sure to alert your local witcher.

From the desolate wasteland of Mad Max, to the painstakingly crafted vision of Victorian London found in Assassin's Creed Syndicate, 2015 was a year of fantastic looking open-world games. Yet even in a year replete with sumptuous open-world experiences, one game in particular stood out head and shoulders above the rest: CD Projekt RED's The Witcher 3: Wild Hunt.

Look at any video or screenshot of The Witcher 3, and its fidelity is immediately apparent. But the beauty of the game runs much deeper than that. The Witcher 3's world is one of exquisite detail. Environments feel natural, cities and villages feel lived-in. Every creature and character feels distinctive, yet unquestionably fits inside of this colorful, horrible world. Look no further than the nightmarish Ladies of the Wood for a perfect example of this. These ghoulish crones are a nightmare to behold, but are so creatively grotesque that they stick with you long after you've completed their related quests.

And even if lovingly-rendered nightmares aren't your thing, The Witcher 3 is just damn pretty to look at. No game this year inspired more moments of "I've gotta get a screenshot of this" than The Witcher 3, thanks in no small part to those astonishingly pretty skyboxes. The Witcher 3 is a game of both great graphical prowess and wonderfully creative art design, and it easily earns its place as the winner of this year's Best Looking Game.

Runners-up: Ori and the Blind Forest, Rise of the Tomb Raider 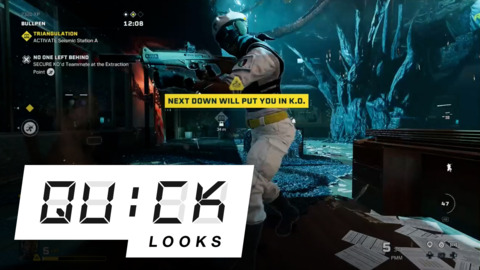