Gordon Freeman is a total badass...

There's a pastime I hold dear to me, not speedrunning or even one gun runs, but no damage runs for shooters. There are two games that I cannot do the run with, Half-Life and Deus Ex. I'm sure it is possible but, I'm in awe from beginning to end because of the quality of the game. I'm distracted and therefore, get hit within the first two hours.

Everyone knows how a shooter works
Step 1: Take gun/crowbar
Step 2: Aim and shoot
Step 3: Tea-bag enemy/enemy gib
But Half-life has a bit of platformer integrated in the game. Long-jumps and precision jumps can be found everywhere as well as the infamous endless PIT OF DEAAAATH. They kill you at every opportunity. Once you get past the jumps, enter enemies. Either the special forces or the alien creatures, or even ZOMBIES. Get past these guys and you have bosses that can only die after you solve a puzzle. One of the bosses requires you to throw grenades into a pit, have it temporarily retract and get down to the bottom of a room. Add one hit kills and valves, and you have the average boss fight in Half-Life. Also, did I mention you start off with a crowbar. Did I have to, we all know Gordon's best friend is the crowbar.
Well, to be fair, he also has other friends in high places (literally if they run into barnacles). Scientists who provide health and guards who provide, cover fire. By the end, you don't need them because, well you have enough weapons in your repertoire to form an army. Alien and human weapons are needed to get further into the game, and like any other shooter, the pistol will always be full of ammo at the end because you tend to only take out the shotgun or machinegun.
If you haven't played Half-Life, what the hell man. It is one of the best games of all time.
Load Comments

When Half-Life came out in 1998, it changed the entire First Person Shooter genre. The amazing story telling, lots of great scripted events, and just very fun shooting and puzzle elements made Half-Life stand out from the rest, and carve out a new direction for FPSs. So how does Half-Life hold up with genre expectations in 2009? Great.You control Gordon Freeman, a freshly graduated theoretical physicist. The game begins with a tram session that everyone who has played Half-Life remembers. The t...

Half-Life is the most important FPS ever made. 0

Half-Life is a First-Person Shooter developed by Valve and released for the PC in 1998. Half-Life is the game that started the boom of First-Person Shooter's on the PC, it is widely regarded as one of the greatest and most important videogames ever made and it's influence can still be seen in games to this day.In Half-Life players take the role of Gordon Freeman, a Research Associate for the Black Mesa Research Facility who, accidentally, during an experiment opened a wormhole to another dimensi...

Add new review * Read the most helpful review by rustyscrew 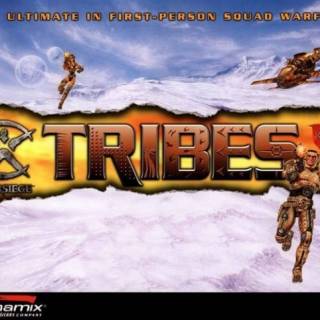