This is not a Silent Hill game.

I had always dreaded playing this game, because I am a fan of the Silent Hill series, but this seems to have spit in the face of the series. None of what transpired in this game had any relevance to the game, but rather the movie (Which in retrospect wasn't that bad, for a movie based on a video game) with shades of Jacob's Ladder (Including a whole lifted scene from the film).

The story is standard fare, you play as a discharged soldier returning home (Already they made the error with description) hoping to reconnect with his brother and the one's he had dreaded during his childhood. Clearly something is wrong in the town of Silent Hill (Of course). This is where the similarities with the game series end as they switch perspectives to the film version. Understand that something had been lost in translation, with characters and monsters, it seems as if they do not represent any form of fear and horror the character has. Not to forget that each character you meet seems to share the same experience as you, which is completely contrary to the whole idea and metaphor of Silent Hill. The entire story is boring and you simply don't have any connection to the characters as they are all idiotic (And not mentally insane as we have seen in the last games). Is this a problem? Absolutely, this game simply isn't Silent Hill and I wanted Silent Hill dammit.

I'll also touch on the blatant stolen imagery they had picked from Silent Hill 2. The nurses and Pyramid Head (Silent Hill: Homecoming fanboys will try to argue that Pyramid Head is actually the butcher and represents Alex's fear of his fathers secret room in the house. Bullshit, why in the hell did they take the exact character model we saw in Silent Hill 2? Be more original). The nurses on the other hand have the good ole' American touch to it. Cleavage, which has absolutely no purpose as imagery that is important to the character's back story. Why are they there? There's no reason to take the nurses as they represented sexual frustration in Silent Hill 1 and 2.

I'm done picking out these errors. But something must be said, the fighting. Again, lost in translation were the developers when making the game. Your character is trained to dogde shoot and kill, which is not what Silent Hill represents. Your character must be some random psycho who has a history with the town. Just the average guy, probably with a history of pacifism. But Double Helix turned 180 degrees on this, by making your character a soldier. That in itself is worth scorn. 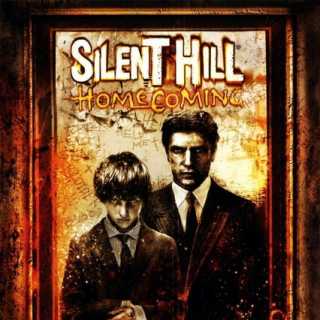