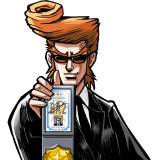 Day ONE here
Looks like I've got a bunch of apologies to make. First, sorry this blog post is so late. Sunday and Monday saw me not unlike a ghost, simply floating around, lethargic, due to the energy drain of PAX, then was simply busy all of Tuesday. By the way: SOUNDERS GOING TO THE US OPEN CUP! F U Soccer HATERS!
Secondly, the Vita was only available to members of the press apparently, so no dice there.  On the one hand, it's understandable, because the show could hardly handle another 4-hr line. On the other, the Vita is a console that I don't plan on purchasing myself (haven't even picked up a 3DS yet, and I LOVE Nintendo handhelds)
Thirdly, Uncharted 3 cut off its line 2 hrs before the show ended, despite the line not being particularly long.  The guy at the booth told me to hang around for a little while until they opened it up for a few more people at the end, but I still needed to get to Halo, so no dice there.
So without further ado:

BTW ESREVER. I was unable to get another CS: GO code for you, but don't lose hope yet; I've got a buddy that works at Valve, and he might be able to procure you one in the coming days.
To the games I missed...
Uncharted 3
RAGE
The Old Republic
And MANY, MANY MMOs.
5 Comments
Load Comments