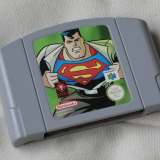 So, even though I barely update this one as it is, for some reason I decided it would be a good idea to create a new blog over on blogger.  Hopefully I'll update it more often than I do this one.  If anyone would like to view it, it's up at anbumakura.blogger.com.  Right now there isn't really anything on it, but I hope to get a couple posts up later this week.

I finished Assassin's Creed: Brotherhood last night, and man, when people say it has a crazy ending, they are not kidding around.  I'm not going to go into spoilers here, but suffice it to say this series just gets crazier with each new game.  The first Assassin's Creed threw in the twist at the end with the Pieces of Eden and what they can do.  Assassin's Creed II upped the ante significantly with the revelation of Minerva and what all of Ezio's work ended up being for.  Somehow Brotherhood still manages to surpass that craziness with an ending that left me completely waiting for AC3 to come out.  I cannot wait!  Speaking of AC3, the one weird  thing I find about Brotherhood is its name.  Sure it's the continuing adventures of Ezio inside the Animus, but some serious stuff happens for Desmond too, at least as significant in advancing the Desmond story as the past two games were.  If they go and name the next game Assassin's Creed III, I think that might cause some issues.  Naming Brotherhood such makes it seem like it's just an unimportant spin-off that could be skipped.  If you went straight from AC2 to AC3, you would be missing huge story elements that you really need.  I don't know what they should do, but I think they need to come up with a more elegant naming scheme for the series from here out, or many people may overlook this crucial piece of the Assassin's Creed story.

The One Good Thing About Black Friday

So I'm a little late in writing this, but whatever.  Black Friday sales this year kinda sucked.  Most of the games I saw on sale were either crappy or I've had them forever.  The only thing I saw worth picking up was Red Dead Redemption for $30 at Walmart.  I had been meaning to pick it up for a while, but it never topped the list of my games to buy when I had $60.  For $30, who can say no?  I haven't put it in yet though, as I'm trying to beat Assassin's Creed: Brotherhood first, because I'm pretty bad at not finishing games if I stop them at all.  But as soon as AC:B's done, I'll probably eat away even more of my time with some RDR.  Definitely looking forward to it.

I've had my Xbox 360 for about 2 1/2 years now and never once got the RRoD.  I still haven't but it looks like I'm going to have to replace it anyways.  I was playing some Left 4 Dead with my brother yesterday when suddenly the picture started flipping out.  We restarted the console and it happened again about half an hour later.  It seems to me like the problem's with the GPU.  Here's a video I took today of it.

Yeah, so this sucks.
4 Comments

So just as I went to leave for my class today, my dad let me know I got some mail.  Yes!  My Whiskey Media shirt finally arrived!

So I've finally decided to make use of this blog feature I have here and make a weekly series of posts called My Fantastical Week.  The focus will be mainly about what I've been playing, but if something else important is eating up my time, you may hear about it here too.  One of the things that I hope will help this is my tendency to play a variety of games each week, frequently going back to some less recent releases.  I know I love to listen about new games when I listen to my podcasts, but sometimes it gets a little tiring hearing the same things said multiple times about those games.  Hopefully My Fantastical Week will give some fresh insight on some games you may not have thought of in a while together with some more recent ones as well.

I only thought of the idea tonight, so this week's post will probably be a lot less structured and thought out than I hope they will be in the future.  I'll be trying to take notes on what I play and my thoughts to help organize in the coming weeks to help make it a better experience for you.  So we'll start off with the big news... I didn't end up playing too much this week.  Electronic Three kind of took up all of my free time this week.  I spent a lot of time here on Giant Bomb watching and reading about people playing video games instead of playing them myself.  I have to say, I'm really looking forward to this holiday season.  I did manage to peel myself away for a little bit every now and then to actually play something.  It's late and I haven't really prepared much, so I'll do a quick wrap up.  Earlier in the week I managed to finally beat Alan Wake.  That game is awesome, you should play it if you haven't yet.  The ending is great and really keeps you thinking about the game.  I may actually make this my first review on the site, we'll see how that goes.  Other than that, I picked up Green Day: Rock Band last week and have been going through the career mode.  I actually don't know too much of their catalog, but I love the stuff I have heard so I decided to give it a try.  I love the improvements in the vocals over Rock Band 2 that I assume carry over from The Beatles: Rock Band that I sadly haven't picked up yet.  It's a ton of fun and me and my brother are enjoying playing together to the songs we know.  Other than that, I played a couple hours of Torchlight on my computer.  I finally got an internet connection on my computer so I can continue my game.  I currently have a level 14 Destroyer.  I didn't really get to too much of it this week though.  Last, but not least, I played through the first episode of Sam & Max Season 2, Ice Station Santa.  I was very happy that it would run on my computer, many of my games require a better processor than it has.  I can't wait for my laptop I'm getting next month, an Asus G73JH.  Then I can finally play the many games I've bought through Steam but don't have a good enough computer for!