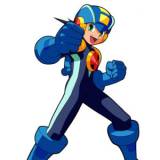 For people complaining put the difficulty on Hard. Found the SP presented tactical examples of skirmishes - being flanked. AI was solid, but not overly intelligent. Campaign was short, but you also have co-op, and considering the fact the SP is a significant improvement. I would rate this game 75% without multiplayer. Comparing this game to MW2 really isnt fair. However, if you compare it to Black Ops it rightly murders that piece of crap. Some WTF moments and some awww shit need a hole to hide.

The bread and butter of Battlefield 3 (the proper sequel to BF2):

Knifing -toned down and balanced. A good knife is generally from behind (just like in real life)

Maps -fairly balanced no matter what you play

Ranking -takes time, but does work. I'm impressed that attachments transfer to weapon variants. Ability to use flying UAVs and upgrade AA is appreciated.

Load up harbour map. Use SMAWs to knock out tank at C railroad, run to dock and camp water dock taking out infantry and setting mines on enemy vehicles. Mini chopper come in for a strafing run and takes me out.

Two seconds later I'm parachuting from a mini chopper and stinging the enemy heli. Hit the ground and jump into a light tank, then procede to pummel the enemy dingies as they sink sink sink into the abyss. I watch in horror as friendly stingers and tanks pummel the enemy tanker ripping their aircraft to shreds. ***This is WAR*** Thats what I say until two seconds later when my light tank shows me its 'lightness'.

I spawn as an Engineer again. This time I run down the railway track trying to avoid two enemy tanks, I call in air support and sit back pummeling the MBTs with SMAWs. Blow up one and help disable the second. Enemies are clearly spawning at C now. Fall back where I am summarily shot in the back by enemy machine gun fire.

Beta are broken games that have huge holes and glitches in the, To be honest I'm surprised soo many people wit brain damage even downloaded the demo

This happened with a lot of other games... Thanks for the heads up! (somewhere noobs are clapping)

Yeah, so I guess the FBI thinks them Juggalos are up to no good. I'm not entirely sure if this is hilarious or stupid, it may be both. Does failure to accept magnetism as a natural occurrence count as criminal behaviour? Will hard working clowns be arrested for wearing gang colours? Who can say. I REALLY hope this ends with a bunch of riot cops turning up at the gathering of the Juggalos under the auspices of breaking up suspected gang activity. Actually, does the gathering even happen anymore?

They had gangs in Canada. Mostly got beat up and run out of town by other gangs (bloods, soldiers, w.e)

I came into this thread fully prepared to share my distaste for the Twinky and all it breaths. But after being met with so much hatred of Dr. Pepper, I will leave this thread and be none the wiser. Thanks for the offensive disregard for Dr. Pepper and all those who love it you nasty people! Why, I think I may disperse tears!

Dr. Pepper is what you drink when you cant find Cherry Cola. Hello, Canada

LOL ya. senns are the shit. i bought my senn 4s last year. unfortunately they are soo good they make me concentrate a lot

@awe_stuck: My bad. I apologise.

It's cool. I can understand why youd' think I was trolling. Hug?

I only do hugs if its family or chicks, sorry :(

Its kool. I try not to hug my dad LOL

BF3 came out on consoles. really.

@awe_stuck: My bad. I apologise.

It's cool. I can understand why youd' think I was trolling. Hug?

Modern Warfare (not CoD as a whole) has only been around for 4 years and are already up to the 4th game.

What? How is MW3 the fourth game?

You counting Black Ops, and WaW. OMG YES !!! You are my favorite person today. LOLLOLOL

Seriously though BF3 is a great game, if they made the SP twice as long you would not be able to complain. The SP was added to quench the thirst of the player, some people dont enjoy buying a game that is essentially bots in a warzone with some flimsy dialogue (BC2).

When I read reviews not enough enemies. I'm like fuck why is that. Cus in real war zones you cant kill 20 or 30 guys in 5 seconds using a riot shield....

BF2 was one of the best games i've ever played. MC2 had amazing multiplayer which I dominated at. MW2 was more fun then BF2 when I got killstreaks, but that game has huge issues. At least in BF2 theres a reason I failed. In MW2 its cus they thought giving olympic runners infinite running would be hilarious (it detracted from realism that they had a little of in CoD 4)... Obviously, a more arcade shooter. I havent played BF3, trust me I will add a rant and rave when I do.

I like battlelog. Its server system works fine once you get used to it, but everything else on it is great. BF3 did make a mistake not selling the game on Steam. No question about that. However, battlelog is pretty good. Considering I find play4free was shit. They have come quite a way. Origin isnt a bad system, its just they shouldnt force it on users. Nonetheless I had zero problems with it. It is a little annoying installing 3 programs for 1 game, but nonetheless no one who is playing 64 player games is going to complain long after all those programs are installed.

I'm sad I have to wait to get paid... I also have a gf so I cant just ditch her ass and play it with my bestfriend all day. Nonetheless, the only game I have ditched anything for was Halo 3. Not even CoD 4 made me miss a single class when it came out. Used to play HC HQ and rain killstreaks on the enemy all day long with full parties..

Anyway dont worry about EA they just bought the 2 original creators of Modern Warfare, gave them their own game studio with the 20 out of 26 IW employees that left after Zampelli (or, whatever) and that other guy got fired. Trust me EA is only gonna get better.

Take me to the Modern Warfare leader!