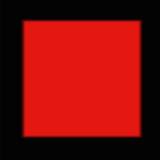 You can go to blackredgaming.com to find a prettier and more organized form of my blogs.

Now that Far Cry 5 is out and I have played a good deal of it, I believe it is time to make my rankings on the Far Cry franchise. Unlike my previous Resident Evil list that only included games 4-7, this list will include all games, except for the weird spinoffs based off of the first game. This list will include Far Cry 1,2,3,4,5, Far Cry 3: Blood Dragon, and Far Cry Primal. I will not consider multiplayer or DLC as a factor that affects this list, but co-op and alternative single player modes will. Let's get into the list.

Despite laying the groundwork for the series, Far Cry 2 is a game I personally hate. I respect the fact that this game brought Far Cry into the open world and that this game brought certain elements like gunplay into the series. But for every good experience I had with this game, I was met with five bad experiences. Whether it be constantly spawning enemies that were hard to conveniently deal with, the weapon degradation system, a map that has few fast travel points and not enough gun shops, or many more things; Far Cry 2 is a game that is hard to play. I even wrote a blog about my hatred for the game. Fortunately, this was the only bad experience I had with the franchise, but this game still adds a small weight to my experience with Far Cry as a whole. Let's move on, shall we?

Where Far Cry 2 was the learning experience of the series, Far Cry Primal was the experimental phase. Credit where credit is do, I think taking the series to the primitive age was pretty ballsy and I love the fact that they made a game in a time period that is hardly touched. But in the end, I don't think it necessarily paid of. The game wasn't bad, but I also think it better than the rest. The primitive age was cool at first, but soon turned annoying as for resources are limited, the more hunter-gatherer approach throws away what I think is a good balance between fighting people and hunting animals, and what seem like cool characters turn into laughing stocks because any emotion they try to convey is thrown away with the made up language in the game. Despite that, I think this game did bring in some cool mechanics to the game that I wish could be in future titles. Saving people adds them to your village that I enjoyed watching grow, I liked the idea of upgrading side characters' huts to get new missions, and taming animals for your own use meant that you could have an ally for fighting or for riding, and that was great. My overall experience with the game was pretty good, but in the end I think the primitive age didn't have a lot of content, and the game was stretched out too much to make the game worth $60. Personally, I think Primal should have been the $15 standalone experience that Far Cry 3: Blood Dragon was.

I'm not going to lie when I say I find my experience with older shooters to be mediocre most of the time, but I actually found my experience with the first Far Cry game to be quite enjoyable. It isn't like any of the other Far Cry games, but I found many elements of the first game to be a good influence on what Far Cry is now. Lush and vibrant environments, open ended levels that allow you to take on enemies in your own way, some strange not-so-realistic elements (mutants are in this game, and weird high elements and other silliness in the future games)and more are things that you can find in the first Far Cry game. Despite being a fun and enjoyable experience, it isn't entirely a Far Cry experience in the end. I wouldn't be mad if the Far Cry games played the same as the first game, but I know that I enjoy this newer experience more than the first game. Still, Far Cry is a good experience and worth playing.

I know I said I won't include DLC, but since this is standalone I am going to consider it its own game. Despite being a much smaller experience with a lot less content, I actually think that this one was pretty close with my number three spot. Despite only having eight main missions, the missions were more exciting and meaningful, the outposts were better, the 80s theme made everything cooler and actually didn't wear me out on the game, and the blood dragons that roamed the map added a new element to the game that made things harder and easier. I think what ultimately keeps this game at this spot is the size. I don't think that shorter games are worse, but I do see this game as a little side experience of the franchise, and I feel having it at this position feels right. Blood Dragon is a great little experience worth playing.

I found these last three to be pretty difficult. I was close to taking a path that would have me rank the top three by what was being offered with the game and not my experience with it. The top three was originally going to be 3,4,5, but while this may be true in how the game has improved it wouldn't be true to me. So I went with my experiences with these top three games and how fondly I remember them. It kind of goes with how I ranked the other four games and at the same time it kind of doesn't. I feel like I am over complicating my top three choice when it should be simple, but I also feel like any combination I take with these top three would be correct. I honestly feel like the top three are all my favorite to me for different reasons, and that makes it so difficult for me to choose. But in the end, I gotta choose, so I chose Far Cry 4. Despite improving upon Far Cry 3 with new tools like the gyrocopter and grappling hook and adding in new features like a map editor for single player modes, and co-op within the campaign, it's forgettable but still good villain (in which I feel that the villain is key to Far Cry) made Far Cry 4 feel like a worse experience to Far Cry 3. On paper it is a better game than 3, but I think its lack of changes made it feel like more of the same, and trying something good the second time isn't as good as the first time. If it ain't broke, don't fix it, but at least do something meaningful.

Now you may think that this is even more of the same that it should rank higher, but I actually think their are enough differences to this game that makes this feel like a fresh experience. The way you tackle story missions, how the map opens up to you, the American vibes, its cultist-religious extremist approach to the game, and much more makes this game feel different. Instead of just adding some new tools, it changes up major systems like hunting for upgrades, climbing towers for map unlocks, take on story missions in a linear fashion, and more. If it ain't broke, don't fix it, and this game understood that and took pieces that could use polishing and polished it. And its new items like actual planes and helicopters, specialists, robust map editor, villains that I found to be complex and great, and more adds on to the game better than Far Cry 4 adding onto 3. I think that Far Cry 5 is on a very technical level better than my first entry, but I would say my experience with this game isn't as good as I remember my experience with this other game. I still had a great experience with this game, and for those reading this list wondering how high up this game is and if you should get, I think you should get it.

Like I have said earlier, this top three were hard to make. I originally wasn't going to put this game at number one because I felt that since this was the first Far Cry game I played, I would put this game on a pedestal were it cannot be touched by the others. I don't know if Bioshock Infinite is better than the first game, but since I played the first game first I will always say that the first game is better. At first I didn't want to put this game above the rest because I know I have my experiences with this game on a pedestal above my experiences with the other games, but then I realized that is the exact reason why this game should be first on my list. Things are always best the first time around, and this is true for this game. This was my first Far Cry experience, and man do I cherish those memories. I even cherish the first time climbing up the tower and opening up the map. Plus, Far Cry 3 was the game that really got Far Cry to where it is now, and I still think Vaas is one of the best villains I have ever seen in a video game (though I do like FC5 main villains quite a lot). Their are a few moments in video games that will stick out to me in video games, and Vaas telling me the definition of insanity is one of them. The other games may be better on paper, but Far Cry 3 is the highlight of my Far Cry experience.

Well, that about sums up my list. What is your Far Cry list like? Rank 'em in the comments below. Also, if you want to you can check out my pretty old (and probably pretty bad) reviews on Blood Dragon and Primal, you can. As for Far Cry 5, I might review that too, so if you want to hear me talk more about FC5 then maybe tune in for that. Thank you for reading my list, and see you later for another list some other time on some other series.

Blogs Created:
118 blogs
Most Commented blog:
Ready Player One - Is This It?
Total Comments on blogs:
714 comments