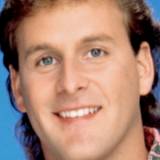 @spaceinsomniac: Sure Sure, subjective humor. Like, I was in the "nerds who get picked on due to social anxiety and/or akward' crowd. Hell even now I am in the 'worst stereotype about gamers and neckbeards' Not by my own complete choice, just a part of who I happen to be. I also happen to be an INFP, which means my level of Empathy trumps most every other personality factor that my anxiety/depression/medication required brain chemistry doesn't over-ride. So, seeing someone else take pleasure from making someone else suffer is, to me an overwhelmingly negative thing.

In the same manner when I go out eating I will often stack my plates as I finish cause, you know, it saves the server a step, where as other people will leave the table a massive mess. How my approach to a 4 way stop at night..is to very slowly come to a stop if its a close thing between me and someone else..and then stop..and wait, to make it as clear as possible I am giving them the right of way..where as others I see seem to think "Screw that off we go, weee!" run through. Or how I very very often find myself holding doors for people (like, no gender, race or age bias just, is someone behind me? ok door held for them) Where as others will not even bother to look back to see if anyone is behind them.

Ok so I say all of that not to sing my own praises but to try and clarify where I come from when I say that was..well..awful.

Look at it from this perspective as well. I am not against offending people, or humor meant too cause controversy. Like comedians should be allowed to tell jokes that offend people, even me. There is such a big difference in my mind though between, say. "I knew this fat kid once who couldn't fit through the door to his bathroom, man did that make a mess!" to "Hey you, yes you the fat kid in seat 4-C, get the spot-light on him. How do you even sit in your seat! Look everyone! He though he could show up like the rest of us, what is his brain fat too? Must be cause who would do that to themselves?".

See the difference? Fat jokes..but hey, ones offensive in general, the other is mental and verbal abuse of a specific individual. Like I said, stuff that reeks of 'no empathy what so ever" makes me irrationally angry.

It had a totally different tone than any of the other marvel movies in my opinion. Where all the other Marvel Universe movies were definitely kid friendly, something I wouldn't mind taking a child to see, this movie was the first one where I felt it was aimed more at children. I don't have a problem with it I mean it's a super hero movie made by Disney but if this is the way the rest of them will be leading up to and including the next avengers I just won't have any interest in seeing them.

Do you get a steam code with the amazon purchase?

Steamid: eric (im always in the GB channel if you cant figure out which eric I am on steam)

Bought FTL earlier. Damn, people weren't kidding about how addictive that game can be.

I know I had never heard of it until I bought it today. It's pretty damn good.
8 years ago

Saw it in 3D HFR last night. A couple thoughts:

I assume you Thorin II Oakenshield, son of Thráin, who will soon be King Under the Mountain in the next two movies? Tolkien described him as taller, probably someone who is deep in the lore could tell you if there is a reason. My guess, he is tall because like most of the 'kings' in Middle Earth he is not of common stock.

There is no lore reason. The reason is because it's a movie and he's the main character, or new aragorn if you will, so they don't want to make him goofy or funny looking in any way so you  take him seriously. Sort of the same reason that other dwarf looks really human because he has an elf love interests coming in the next two movies for some reason.
8 years ago

The type of people you're talking about don't really think of things like that. They have a beloved franchise and see a new entry (in their mind) all jacked up, it pisses them off. A lot of gamers that aren't as in-tuned with the industry as you and I are get really ticked over really weird and specific changes in shooters.

It's nothing to do with being in-tune with the industry, in fact some of the people who get annoyed over specific changes are more "in-tune" (whatever the F*** that means) than you can even imagine, it's just like with a new fighting game. People who play these games obsessively and care deeply about them notice the little things that those more unobservant like you simply don't. Little things change the entire game and if you care about it enough to notice and feel these changes then I'd say you're more in-tune than anyone.

I'd like to speak on these points. The problem with the changes to the multiplayer is that they are too minor. The game plays like Halo, but the changes with loadouts and ordinances are enough to create a slightly yet noticeably different experience. The thing that aggravates players who were so devoted to the previous games is that Halo 4 feels so familiar, yet some of the changes feel completely unnecessary. Now, I disagree. As others have said in this thread, 343 should've made even more drastic changes. I did not want this Halo to feel familiar. In some ways, 343 succeeded in that regard. In others, this is still a Halo ass Halo game. And the changes feel unwarranted.

TL;DR: make huge, sweeping changes. These are clearly talented and creative developers. I'd like to have a few grains of familiarity surrounded by an ocean of change rather than the reverse, which is what I believe we were delivered. The tiny grains of change stick out like sore thumbs to the people who are butthurt over this newest iteration.

I totally agree with this point.
8 years ago

Remember when they said PVP would be patched in later because it wouldn't be finished for the the final game? What happened to that?