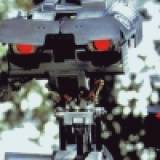 @andrewb: Hey, thanks! I'm just glad I was able to meld the two without creating a complete cacophony.

Found the originals on YouTube, should be fun to compare.

And here's Blinded by Light:

So I got this crazy idea to combine two battle themes from entirely unrelated games! I'm hoping there's still a couple of Final Fantasy and/or Pokémon fans among you duders. Preferably both...

This is my own little arrangement of the classic "Trainer Battle" theme from the very first Pokémon game (by Jun'ichi Masuda), meant to resemble "Blinded by Light" from Final Fantasy XIII (by Masashi Hamauzu and Ryou Yamazaki) in terms of instrumentation. These two pieces have about as much in common as they are different, so it was quite a challenge. Hope you guys like it!

"Blinded by Raichu" by BombKareshi

Disclaimer: Credit to the original composers, of course. I do write my own original music, but this track is absolutely a derived piece.

This is the first time I've heard the name "Xbone" for it. Frankly, I love it. What can I say? My mouth enjoys making that sound. Thus, I shall proceed to refer to it as such. Thank you for bringing this term to my attention!

There's maybe one good track on that Sonic remix album.

The rest is a dime a dozen.

The comments so far are pretty much confirming my expectations of HotS, which means I won't be getting it after all. The multiplayer is too hardcode for me, and the campaign has taken such a disappointing direction for me. Does anyone remember this quote?

It may not be tomorrow, darlin'. It may not even happen with an army at my back. But rest assured: I'm the man who's going to kill you some day.

I wish they would have built on this instead of going the other way.

Or, the woman thought the guy was just her friend, and saw value in him as a person, but was either unattracted to him or felt they would be incompatible when it comes to a relationship. The man, on the other hand, never really considered the woman a friend, and was interested in a relationship the whole time and either "settled" or is hoping that through showing his value as a "friend" he can convince her that he deserves to be more, which is underhanded, selfish, and manipulative. This always starts with I'd never treat you the way HE treats you. This is roughly the equivalent of a guy accepting a job as a cashier, and then calling his employer an asshole because they don't think he's manager material. He entered into a knowing agreement for a specific position, but thinks that he deserves another position because he wants it, without having done anything to deserve it aside from throwing his coworkers under the bus and kissing a lot of ass. And, if he doesn't get the promotion he wants when he wants it, he'll quit and try that same shit at another company. Then he'll constantly bitch about how he deserves it because he "put his time in", not realizing that there are other things that make someone qualified for the managerial position.

(I always hated that quote.)

Excellent counter-argument, man. Wish we could append that to the original.

DragonflyBlade21: A woman has a close male friend. This means that he is probably interested in her, which is why he hangs around so much. She sees him strictly as a friend. This always starts out with, you're a great guy, but I don't like you in that way. This is roughly the equivalent for the guy of going to a job interview and the company saying, You have a great resume, you have all the qualifications we are looking for, but we're not going to hire you. We will, however, use your resume as the basis for comparison for all other applicants. But, we're going to hire somebody who is far less qualified and is probably an alcoholic. And if he doesn't work out, we'll hire somebody else, but still not you. In fact, we will never hire you. But we will call you from time to time to complain about the person that we hired.

"The uploader has not made this video available in your country" :(

No love for South Africa.

In my country, everyone's a pirate and I'm the lone warrior who gets treated like an idiot for caring.

I have co-workers, friends and family members who pirate games, movies, music, etc. Heck, even my girlfriend likes to copy stuff illegally. Myself, I'm about 90% clean. While I've certainly spoken my mind to those close to me, I don't go swinging my finger at everyone who rips something (even if it does annoy the crap out of me when they go boasting about how much stuff they've pirated, like it's some kind of achievement). I don't hide my views either; if someone confronts me, I explain why it's wrong, and I'm open about the fact that I've pirated before.

The result? Well, first I get the usual defences, like they're rebelling against the system or whatever. Invariably, they start treating me like the morality police. They spitefully flaunt it in my face whenever they're copying pirated stuff. I never even told them to abandon their ways, I just explained my view, for Pete's sake. And God forbid they see me committing even the slightest violation, then I'm called out on hypocrisy and all that – as if I need to hold a perfect record in order to recognize that piracy is wrong. Again, I merely mentioned how I felt, it's not even like I called them out on what they did!

Of course, I know what's really happening: they know that what I say is true, and it bothers them. That's why they're taking it out on me. Doesn't make it any less annoying, though. I'd give up on the lot of them if I didn't see at least some good coming from expressing my views. My sweetheart has shown a growing willingness to pay for what she wants, though she still has some ways to go, and my cousin has at least come to admit that what he's doing is wrong. I don't expect to see change in my co-workers any time soon, though. Got at least one colleague on Steam, though!