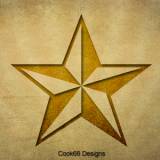 @jazzylament: I didn't consider this until people started pointing it out in forums, you lost me a bit in the middle, but your assertions seems spot on.

The people helping the blob here and there are wearing yellow hats, they are engineers fixing problems that arise. The suits are simply standing around watching as things go off, not really doing any work, there are so many little things in this game I simply failed to notice or connect while playing it.

The Steam description for the game is amazing once you've completed it: Hunted and alone, a boy finds himself drawn into the center of a dark project.

I posted this in the review. Thought I'd share it here as well.

Towards the end I was more or less convinced that Delilah was an antagonist, but I didn't want to tip her or anyone else off to this so I avoided talking to her about it. When I was given the key to the cave and she conveniently saw someone in my tower I figured she wanted me there so I told her I would go and set off to the cave. Because the game didn't anticipate this (or maybe I just failed at spotting the entrance) this action didn't go anywhere. So I had to return to the tower and call it a night.

The next day the door to the cave was locked again and nothing was said about this. Thats when things started coming off the rails for the story. A little earlier there had been some minor dialogue issues where I tried to keep secrets from Delilah that she knew about anyway so I was certain that she was in on the plot. How else could she know these things?

As I progressed through the cave and found the body I didn't tell her, I didn't tell her I got out of the cave, I didn't tell her I found the camp area where the kid had been, yet she knew I was out of the cave and she started talking about the kid out of the blue like she was testing me... She knew I had found the campsite, but since I didn't say anything she reminded me of the kid in order to prompt me to talk about it, testing if I was trying to deceive her. This turned out to be wrong because the game had none of those intentions in mind. They weren't trying to deceive me anymore, they were just going on assuming I trusted Delilah, even though the majority of the game before that had gone out of it's way to create a distrust towards her.

The game succeeded in tricking me into the idea that Delilah was a bad guy, but it failed completely to follow up on it. When I had 0% trust in her, I was still forced into playing the game as if I trusted her.

Towards the end when the fire spread and she suggested I follow the beacon that led to the last cave I was 100% sure this was a trap designed to kill me. I had a ton of evidence towards the fact that Delilah was trying to trick me: She had information only the bad guy could have, she had set me up multiple times, the "hot mic" conversation early in the game, etc. So I tried to escape by leaving on my own, screw the beacon, but unfortunately when I got to the exit it was impossible to leave, Delilah told me "we aren't ready to leave yet" or something like that and the game forced me to backtrack to find the beacon to progress.

At that point the game should have let me end it, accuse Delilah with all my damning evidence. In my game Delilah was the bad guy. That was the only plausible explanation until I was force to find the cave with all the evidence that contradicted all the stuff that came before it.

Due to this the narrative of the game failed completely. I loved the setting, the characters, voice acting and everything else in the game. But the story failed. The mechanics that was supposed to lead me towards the conclusion of the game misled me and in doing so it all contradicted itself.

Perhaps my way of playing the game was a rare outlier, but I didn't do anything the game didn't allow me to and it failed to keep up to its own narration.

While all these suggestions are great, they are also wrong.

Starts at 40:45 if you're having problems with the embed.

Is it possible to get a feed for the bombcast premium from the api? I couldn't get the rss feed to work with the software I'm using as it only supports HTTP authentication.

Condolences to Ryans family and friends. He will be missed greatly.

2. Just because a mobo is a mobo doesn't mean it can't be a hot prototype. That said he called it a "chip" not a mobo, which seemed kinda odd to me.

While I would appriciate seeing an up to date status on a game such as the life of online servers, the stability, or if its still supported with pathces or updates I don't really think review scores is the way to go. I think this would be a great feature for GB. If we had a section on every game saying the current status of the product then that would serve this purpose well.

The thing I have a problem with however is reviews based on a product which doesn't exist. Reviews of games which isn't a representation of what the costumer can buy is down right misleading and should be illegal. It would be like reviewing a deluxe super special edition of a car and then using that as the basis of the cheapest and most basic model out there. Reviews should *never* be fixed in stone before a game is actually out and the reviewer has hands on the actual product they are reviewing.

It starts getting into weird territory though when games fundementally change down the line, such as the removal of the fast forward feature... Perhaps one could do a re-review down the line in some cases?

If polygon wants to keep an up to date score of the game as it is every single time, thats fine with me, but I'm not sure I'd call it a review, it would be more like a status tracker of some kind.

Ask most industry prognosticators whether or not they saw the disastrous launch of EA's online-always SimCity coming, and they'll nearly universally answer yes.

"Did you or did you not see the launch disaster coming?"

Sorry, are you from the past?

Failed formats I've invested in? Anything I have which isn't DRM free digital I consider to be a failure or soon to be so. The possible exception being Steam games.

It's not long until all media is digital only, if it's not then I'm not going to keep it around, if it's DRM protected in a way that makes it useless down the line then its doomed as well.

I've had MiniDisc, Walkman, CD Walkman, VHS, DVD, CD Players Casette players and a bunch of other junk. The result is at some point I either had to rip it or toss it unless I wanted a huge stack of junk collecting dust.

Today all my media is digital, with the exception of console games on discs. I stream music and video from to my phone, computer or anything else I might use.