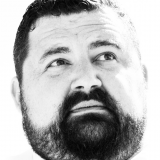 Toad in the hole is sausages cooked in Yorkshire pudding. I mean, I guess eggs are technically involved...

Regarding the talk at ~45mins about eSports players and "aging out", and how fighting games don't have this as much: TW Fighter Major, a big tournament in Thailand was held this weekend, and the winner, Sako, is 39 years old, has a wife and young child, and didn't drop a single game. Literally, during the 9 sets/21 games it took him to win the entire tournament, he didn't lose a single game. That includes 5 games against Tokido, undoubtedly one of the best SF players in the world right now.

And with the "how good is Daigo still" discussion, he is 37 years old and still as of this year, winning and placing highly in major tournaments. Fighting games really do subvert the whole stereotype of eSports careers ending before you hit 25, there are just as many top fighting game players in their late-20s and 30s as there are young new upstarts.

Biological Horror. I was hoping Jeff would have had something like this when he saw that message.

I was hoping he would've noticed the shiny ball that dropped when he destroyed the egg. Those things sell for 90k units apiece. If you spend some time getting all the ones that are always around an abandoned building, that's 2-3m units for not much work.

That Twin Goddesses announcer sounds uncannily like the Divekick announcer.

Regarding the discussion during UNIEL about charge-characters, Guile is absolutely still a charge character. In fact, he's the only character in SFV who has a charge-input super. There's plenty of others whose specials are all charge moves, but their super is a double quarter-circle motion, and there's a handful of characters who are mostly motion-characters but have a charge special (i.e, Necalli).

I'm surprised the short story I Have No Mouth, and I Must Scream by Harlan Ellison wasn't brought up for the question about books made into games and not movies. What's especially notable about it for me is that it's actually better than the source material. Well, except for Ellen's character, which I kind of remember as being pretty badly written.

I haven't even played it, and that was instantly what came to mind as soon as Dan read the email. Surprised nobody brought it up.

It really makes me sad that when people speak of visual novels this year all they say is Dream Daddy, when Danganronpa V3, Chaos;Child and Even Little Busters came out during this year.

I'm not at all surprised that those sort of VNs don't get much mention. Even disregarding the general aversion to anime (both art-style and, let's face it, even the best VNs are laden with awful anime tropes), the biggest factor is probably length. Getting the true end of Chaos;Child is damn near fifty hours. Even if any of the duders were into VNs, they tend to be really slow to get going, and in their line of work, they can't really afford to sink a bunch of time into super niche Japanese quasi-games if it doesn't immediately hook them. I'm not massively into VNs myself, but I do play and enjoy a few, and even for me, length is a big issue. Some of my favourites are stuff like VA-11 Hall-A and Planetarian, because they're more compact, shorter experiences. Even in truly fantastic games such as Steins;Gate (one of my favourite games of all time), spending a massive chunk of time just skipping through stuff you've seen to get to new routes, etc, can get tedious. The medium in general suffers from a severe lack of brevity.

The only people talking about the likes of C;C and Little Busters are the people already into them. It's a shame, because playing through Chaos;Child myself, I'm super enjoying it, but it's not at all surprising you won't see any mention of them on places like here.

Doki Doki Literature Club is another VN from this year that's had quite a bit of discussion, and while it is free, it's also only a few hours long, so is incredibly accessible compared to most Japanese offerings. A lot of people are more likely to be willing to play a good, but short VN than a truly fantastic, but incredibly long one.

Wow, that change to shaders is some bullshiiit.