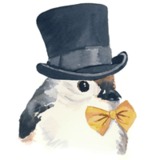 @onimonkii: The two skills that open up new areas are pretty much one of the only metroidvania-esque elements in the game so far really. With the devs having said the current game is only 50% of the content they plan to have by release within a year, it seems likely that they'll add a few more of these permanent traversal ability type unlocks.

i can kinda see why they wouldn't have it be like symphony of the night where you can just teleport to any previously unlocked point and there's enemies there, it would kind of break the progression. there's ways around it, but not allowing backtracking seems like an easy fix while they sort it out

this game feels amazing and responsive, my only beef with it, and I might be missing something, is it seems less like a metroidvania, and more stage based than it lets on.

if you see a gold door and go through, you are basically at the end of that area. there are some skills you can get to access new parts of an area, but you can't seem to backtrack to get things you missed in that run so far, you'll just have it for next time.

again, I could be wrong, I'm only on my third run, but I got about 5 stages deep and that seems to be the case, which is disappointing, because some areas also have multiple exits

excellent write ups, and choices! thanks for taking the time to write this up, I enjoyed reading your take on each game.

I love solitaire and pocket card jockey kinda flew under my radar, i might have to check it out now

this is the second best episode of the endurance run so far, with episode 6 being at the top

When is something going to happen? This game sucks and this isn't even fun to watch.

if you're expecting anything to happen, keep in mind they're just now, 16 years later, making shenmue 3, and ryo's still on the hunt for lan di.

some people love to act like as soon as you CAN pay for something in a free to play game, it means you have to and the game is ruined if you don't.

the game is really the perfect bite sized mobile game. you only have to play it once every couple of hours, if you want to, you can just open chests and save up games for later if you want too.

it's not heroin, it's not "our dark future", it's just a well designed mobile game. if you don't pay anything, you'll generally be evenly matched, if you pay for chests, or gold, or unlocks, you might stomp through an arena or two depending on how much you put in, but you'll eventually hit someone who spent more time, or paid more. there's zero incentive to pay for anything unless you have no self control when faced with the option to buy something in a game.

i've played other mobile games without any kind of restriction on how much you can play, and i play it about as much as i play this, or less even in some cases. it makes me wonder if it would be as compelling if i could play as much as i want, and maybe that is a little manipulative? but it doesn't exactly bother me because it fits naturally into my schedule of mobile gaming anyway, i don't feel the need to pay to play more or open chests faster or get more cards.

i'm curious how you feel about the soldiers on your mother base, because you mostly mention resources and mechanics. to me they weren't just stats as implied, but more similar to what you said immediately after about fallout 4

What separates a house from a home is a collection of inefficient, emotional investments

mother base worked for me because it was my home. everyone that was there, i wanted there, so i put there. this guy might not have the best stats, but he has a skill i need, this guy might be a C rank in everything, but he carried over from my ground zeroes save, i am happy to have him back. every time i come back to base, there's flaming hippo on my command platform saluting me. early on in the game when you are still building up, there's a cutscene where ocelot is training soldiers, reciting lines snake told him in mgs3. in that cutscene, the soldiers are actually different, they're your soldiers from your mother base, not just a static set of guys they placed in that cutscene.

to me, these things made it feel a lot more home like, even though it was just the big gear that turned all the smaller gears in that game, and once you got into the 1000s of soldiers, you started noticing models repeating. when it's early going and every guy counts, it's cool to see them represented on the base, actually your guys.

something else only somewhat related but often overlooked, is your soldiers on the base have relationships outside of just interacting with you. it's hidden in the background, but it proliferates over time as you play. say you have a guy who speaks russian and a guy who speaks afrikaans in the same unit. over time, you will see their languages change. the russain guy who has 3 dots in russian meaning he's fluent, will now also have one dot in afrikaans, and vice versa. they learn each other's languages by spending time working together. it's not something immediately pointed out to you, it's something you only really pick up on during the quarantine , but it's a cool little touch i thought made it feel like these soldiers were more than just stats.

you might have brought them there in the first place to make your meters go up so you can get better guns, but you grow attached to your crew, because it's yours, which makes moments like mission 43 that much better as a result. if they were just stats, it would fall completely flat.

@naion: Man play or at least see somethin' informed about it before being super negative. Did it suddenly become impossible for a good action RPG to exist?

it's not impossible, and lots have come out over the years, but how many games with the same systems as valkyria chronicles have come out... ever? like 3?? there's similar turn based strategy games, but none that scratch that same itch as vc, and now we can't even get that from a sequel. it just sucks.