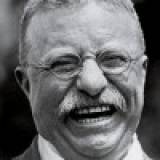 4. Void to Be Filled by Nier after Black Friday

8. Hearthstone somehow? I still have really mixed feelings but this is the first year in like 2+ where I played it for a lengthy time and enjoyed myself. Also made this reddit thread about a deck I made. Still think Shadowverse is a slightly superior game/devs are more courageous and generous, but had more fun with HS this time; probably because I understand everything about how HS works and Shadowverse is much more difficult to get a total handle on (if not impossible for an individual).

9. Void to be filled by The Surge

Advance Wars was probably my GoTY last year, that shit's pretty good. I'm sure PUBG would be 2nd or 3rd best if I played it (PS4 release in July-ish next year I'd guess, 40 million sales); Zelda and Mario would be like 5th or 6th. Nioh is the third best game ever made definitively and all who disagree must be purged (actually its like tailor made for me and is the best controlling souls game by far; I've played the 30 or so games that it draws influence from and understand Sengoku Era Japanese history well enough to appreciate the excellent plot). I played Steamworld Heist in January, guess that counts as this year huh. VREV is a solid JRPG, people (read: game reviewers and VC fanboys) just don't like traditional JRPGs anymore, particularly if they're difficult, its like 10% worse than VC1 or so but a wholly different, enjoyable experience for anyone who played 70+ PS1/PS2 JRPGs; all other opinions are clearly irrelevant. I'm probably forgetting something.

Horizon is the best Sci Fi plot ever in a game, the game aside from that is an above average Open World game with super immersive graphics/world design etc.

Injustice 2 is easily the best fighting game ever rated purely by production value/worth of purchase and so on; I just don't like playing it much (despite being a top 100 MKX and top 50 Injustice 1 player online for a while); there's a weird input dropping bug glitch in the game that they never fixed and they deleted two of my main characters and nerfed the shit out of the other one; never found a new character I liked enough to play that much. I certainly watched a whole lot of the AI playing it though which was quite satisfying; and on that level I have an insane amount of respect for NRS for developing that whole system. Best clicker ever made.

I might not've purchased REV 2 but I did make more than twice the cost of the game (so far) from this video and enjoyed messing around with the demo; the video sits at 640k views which is the 2nd biggest Xrd video of all time next to What are You Standing Up For; it will eventually eclipse that; and the third biggest Guilty Gear video period; not entirely sure why but r/kappa and r/guiltygear helped get it started (thumbnails for the thumbnail god):

And getting better at KoF somehow made me a bit better at Guilty Gear, too; though I'd have a lot of work ahead of me to eventually become a garbage level American player:

I will be buying DBFZ of course, so don't feel too bad for ARC (I own Xrd, just don't like rebuying the same game for a couple of additional DLC characters repeatedly).

@hmoney001: Second actually, he also won TWFighter; if you're to list the hardest tournaments of the year it goes something like Canada Cup, TWFighter, Chengdu (Dueling Dragons Dojo), EVO and Final Round. Also not just a major but a premier, the term major is pretty immaterial in SFV (and realistically most other games, too; still holds some significance for KoF and maybe UMVC3) since there's 100+ CPT tournaments that could all be given that word.

Manually finding every collectible in a large game is something strictly reserved for the clinically insane.

3D Zeldas are super overrated (though Breath of the Wild seems good regardless) but Mario is usually as good as the comically high review scores.

Can learn about the Sub (The Argonaut) here.

Was looking through my Grandfather's library and found this book, 1963 edition, rifled through the pages as quickly as possible knowing that surely Geoff Jerstmann would be present (actually I just read the 3 or 4 paragraphs per submarine); and was not disappointed. I guess the most interesting thing I read in general is that sometimes torpedoes malfunctioned and spun around in a circle before hitting the sub that fired them (called a circular run).