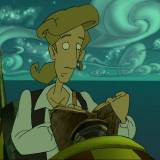 Hey everyone. I would say this is an introduction thread which it is but the truth is I'm not that new. I had an old account (xpxTomxqx) however, I rarely contributed and have only just started visiting the site again after a long absence. So I thought what the hell? Let's start again, getting rid of my name I created when I was like 15  and going with the more sensible name haha. The plan is with this account to start contributing more to the site and also to be more of a presence in the forums and community.

So here's the introduction part. My name is Tom Hargreaves, always been a fan of Giantbomb and knew about it when it first started. I was fascinated by the whole wiki system but rarely contributed. I live in the UK and I'm 18, playing games since I was about 3 years old. Started out with the SNES and Mega Drive (Genesis to keep the Americans on the site happy ahah) and used to love playing Super Mario World and Streets of Rage. I moved on from that to the Nintendo 64 and PS1 and from them to the Gamecube and PS2. I am now the owner of a 360 and a Wii (however the latter hardly gets played).  I also have more consoles but hardly play them anymore so they don't warrant a proper mention.

My favourite games are Resident Evil, Monkey Island and Legend of Zelda. So that's me in a nutshell, here's to my new, contributing start to Giantbomb. It's taken enough time haha!