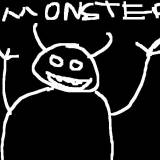 Halo 2 was one of the first games I was decent at (or at least I thought I was at the time :P) and I clearly remember the day it got here, and I eagerly awaited it's arrival that morning since I had it on preorder.  It was the first game I remember being super excited for to come out.  I was in 7th grade.  Honestly, Halo 2 accounts for, or at least was involved in probably the majority of my good memories of middle school.  Granted, this was probably because middle school was pretty shitty, but still, I have many fond memories of late nights of gaming with my friends online or at birthday parties with a few xboxes hooked up.  This game paved the way for my xbox addiction, and my love of online shooters, and I'm sure the same is true of many other people.
People always bitch about the Halo series (mostly because it's popular I think) but honestly, it's probably my favorite series, and I'm a fairly hardcore gamer.  Halo 1 was an amazing game that proved that shooters could work on consoles, and Halo 2 basically made xbox live popular.  Halo 3 wasn't as mindblowing, but it was still a lot of fun, as was ODST, and I'm not excited for any other upcoming game as much as I am for Reach.
Anyways, tonight I spent way too much time, and stayed up way too late playing Halo 2 since the servers are dying tonight (although I stopped at 1:30 my time, 2:30 pacific time, and they still weren't down yet).  I got to play most of my favorite game types from back in the day, and relive my middle school days a little bit.  It was great fun and super nostalgic, and reminded me how awesome Halo 2 still is.  I even got to play some good ole tower of power on ascension.  I kept playing maps that aren't in Halo 3, and wishing Bungie would remake them for 3 or Reach haha.  I mean come on, why not put Blood Gulch in Reach?  It's like the best map ever.  And zombies on Foundation?  Priceless.
RIP Halo 2.  You will be missed, and remembered fondly.

Musings from me. Also I want that quest point.

I'm just gonna list off some things I've been thinking about recently.

Blogs Created:
2 blogs
Most Commented blog:
Musings from me. Also I want that quest point.
Total Comments on blogs:
7 comments