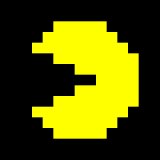 Kieran here with your March 2013 Playstation Plus update!

Spec Ops: The Line is a narrative-driven modern military third-person shooter set in Dubai during the aftermath of a series of destructive sandstorms.

A new platforming-adventure game from Double Fine and famed designer Ron Gilbert, which has the player traversing a sentient, talking cave and solving puzzles co-operatively.

Check out the Quick Look EX:

Players take the role of Maritsu Evil Academy honor-student Mao in his quest to overthrow his father and take the title of Overlord of the Netherworld (PS3). PlayStation Vita port of the PS3 game.

No Quick Look, but here is the trailer:

Tekken 6: Bloodline Rebellion is an updated version of Tekken 6 for arcades, which has also been ported to PS3, Xbox 360 and PSP. The home console releases have been released simply as "Tekken 6".

Check out the Quick Look:

That's it for March 2013! lemme know if this has been useful. I enjoyed putting it all together.