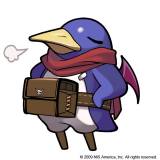 persona 4 is the greatest game ever here is the proof

----pre-song chose your own adventure style choices
when in worldtour mode you pick a song you want to play and you'll see a little thing where you see your band driving to the gig then the drive asks you "should I take main street or park ave" and if you pick the wrong one BAM traffic jam and your late to the gig thus getting less money for the song you were going to play, another choice sleeping with groupies or not you might get in trouble by getting one pregnant or you would just get laid and you play better at the next gig thus getting more fans

The ending of Valkyria Chronicles is fucking beauitful

finally a game with an ending
not only does this game actually have an ending a rare thing these days
but its so beautiful and nice it made me smile just watching it
VC my game of the year
and yes I've beaten gta 4 mgs4 deadspace little big planet, fallout 3 star wars the force unleashed bioshock
and yes Valkyria Chronicles is honestly better than all of them

wrong triva pisses me off

trivia questions that have the wrong answer as the right one answer
I had my streak of to 40 when the question "what color is sonic the hedgehog?" I said blue and it said he was green
that's just an example I've seen about 13 questions that are wrong

I think that this whole PS3, Xbox 360 debate is getting ridiculous. Certain PS3 owners refuse to believe that their super Sony machine could possibly be home to an inferior version of top tier title, while certain 360 owners cant stop screaming "pwnd" and "PS3 suxorz". People are riled up on both sides.

I own a PS3. Blu-Ray is awesome and having such a powerful console is great, but all that power is not doing me much good. Fallout 3 being a little bit worse graphically on the PS3 is one thing, locking up my game every time one of my friends logs on is another. But hey, I can deal that (pull my Ethernet cable). What I can't deal with and am realizing is that the PS3 is often home to the inferior port of a multi-platform release. Assassins Creed was plagued with problems, Skate. had horrible frame rate issues, and I personally wasn't a fan of FarCry 2's performance. That coupled with easy problems to fix (why can't I listen to music in all of my games, I have 7 SPE's!!) and a shoddy online network (Sony is a big company, servers don't cost that much!) really make me regret my purchase. MGS4 was amazing (I've never been so wowed by graphics), but that can only go so for.

I own a 360. Its died 4 times, and I towel my fifth one every other day. Its the loudest piece of electronics i have ever owned, and my disc drive doesn't eject without me physically pushing it in first. Yet it is home to some great software, and Live is awesome (Whether your a fan of Microsoft or not, you have to admit its a slick system). But even though all of these multi-platform games seem to be better for the 360, I'm afraid to buy them! Listening to my disc drive whirr and sputter while my fans are on full bore is distracting. Also distracting is the thought of having to place yet another call to Microsoft to talk to my Egyptian Customer Service Rep.


This bring me to my point. I love my PS3, its stable, quiet, and looks great next to my HDTV. Yet it is plagued with problems that are no fault of the hardware, but the fault of the people programing the games and Sony themselves. Microsoft bends over backwards (not to mention opens its wallet) to insure that developers have an easier time making games for the console. Where as Sony seems to think that movie industry will keep the console going, and the developers will figure things out for themselves. (I bought the PS3 for games 1st, Movies 2nd :|)

There is absolutely NO REASON that a console withe the PS3's strength cant do everything the 360 does and more. PSN could be every bit as good as live (there is a great community of PS3 owners out there) , and given the proper tools, developers should be able to do jaw dropping things with the hardware.

As PS3 owners, our problem isn't the Console, Its the people running the company behind it.