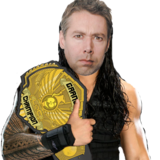 First hour of Raw was great!

The next two: less so!

The Divas Revolution has become a car crash in slow-motion; it is entirely all lip service. I wanted to melt into the ground during that Miz TV section. The contrast between the 'supposed' Revolution on Raw and women's wrestling in NXT is made even more stark when you compare that segment to how Sasha and Bayley tore it up on Saturday night.

She is Irish as fuck.

"All over the shop"; "have the banters" WE DUBLIN FOLK KNOW HOW TO HAVE A GOOD TIME, LADIES AND GENTLEMEN.

Get that nonsense on Raw.

A mate has suggested this

Moving a few funds around this could certainly be in my price range if its a good system. Obviously I want to play new games like Phantom Pain, Batman etc

But a huge focus is the back cat such as XCOM, Batman, Dark Souls and F2P like SMITE and Marvel Heroes.

As someone who knew nothing about PCs a few months ago; dude build your own. It is SO much cheaper and you can pick and choose where you can save cash. That being said, if you're to sell your PS4, it's probably not the best idea. I built my first ever PC in February and it's got an AMD R9 280 - the AMD equivalent of a 960. I am running Witcher 3 on low and I still struggle to consistently hit 30 FPS. I bought my PC for DOTA and other nonsense, but as a primary platform, my PS4 runs games better though the games are a lot more expensive.

Regardless, get some research done and build your own rig. I was a complete novice on the subject but if you have people to chat about it, and if you have a lil' patience, you can learn a very handy skill.

Brad and Jeff have brought these up on multiple occasions, but check out Citizen Four and Going Clear; two recent and high-profile HBO documentaries. Citizen Four won Best Documentary at the Oscars and is about Edward Snowden and the NSA leaks, while Going Clear is a deep dive into Scientology.

Eric Pope is also way into documentaries over on Twitter, he has pointed me in the way of some super interesting stuff in the past.

As a fellow Dubliner, I'd be happy to throw some wrasslin' feedback your way

- What I am looking to understand is what is it that makes you' to come to online forums like giant bomb?

I don't come to Giant Bomb for wrestling coverage, or the forums-at-large. GB is my go-to (and pretty much only, aside from the Twitter grapevine) source for video game nonsense. This thread is just an added bonus. I'm not a consistent poster in this thread, mind you, but I've contributed a fair amount over the last whatever number of years. I only really come here as it usually has a not-too-serious, fun vibe. I have little interest in posting to wrestling forums otherwise; I generally got my wrestling readings from guys like David Shoemaker and Brandon Stroud. I'm not always interested in whatever random person's take is on an event. Regardless, this thread is fun for some gifs, good opinions and I get a look in at what Lucha Underground is all about as I don't watch it.

The WWE style is how I like my wrestling. Even if they suffer from incredible inconsistencies in writing and logic (although I'm sure it's an incredibly difficult job to write six hours of TV a week, they can do a better job) it is still how I like my wrestling. TNA represents WWE if it was written by a five year old. ROH is not at all what I'm into as I find that super spot-heavy indie style to very tiresome. Plus, most of their guys are incredibly bland and I like my ridiculous wrestling men and women to ave some flavour. I'd love to watch LU, but it's not on here in Ireland or the UK so I can't.

To me WWE represents wrestling. It is the definition of pro graps. They rarely a level of true quality but when they do it is fantastic. Whether I can stick with it for the long term remains to be seen. I don't know what the brand will mean in the future, or how they are going to develop future stars. At the very least, the WWE is what I think of when I define pro wrestling - despite their incredible flaws.

- How do you' feel the WWE is currently performing? - both in and outside of the ring.

Outside the ring, I feel as if WWE is still pushing the practices that lead so many wrestlers to an early grave. The attitude toward injuries, concussions and their ridiculous 300 day work schedule still frightens me for the future lives of these performers. CM Punk's talk with Cabana only further enlightened this.

In the ring, I think WWE has been in a nasty rut since last year's Wrestlemania. While the show always have its few bright spots, the amount of "mailing in" they do on a weekly episode of Raw is mind numbing. it becomes tough with the WWE, as when things go sour, you have to look for the few bright spots. Now, for instance, I don't care about the main event feuds, but I still get a kick of out the New Day, Heath Slater getting RKO'd at catering, and the delight that are the Prime Time Players. My dream-scenario WWE lies in the microcosm of NXT. They have sensible feuds, tremendous wrestling, subtle and smart storytelling and a heavy emphasis on awesome women's wrestling. The more the main shows learn from NXT the better - mostly in the female department - even if NXT has it's slow episodes for sure.

- How come the WWE continue to push superstars like Cena and Reigns and bury the likes of Daniel Bryan and Zack Ryder?

John Cena is a financial juggernaut. Roman Reigns is talented but lacks an identity. These guys are the nice, safe bets. The kind of performers that a publicly-traded company that WWE can put on daytime talk shows and do a safe job with the brand. Daniel Bryan can satisfy all the adult idiots like me who mark out to sick German suplexes. Cena is there for the children. That's the business model.

The word "bury" gets thrown around an awful lot. Bryan is an exception, he is suffering from incredible injury issues. Often times, guys have a spot on the roster that they perform well in. As much as I enjoy Cesaro, I don't trust WWE to package properly for a WWE Title push. That's okay, however, Not everyone has be scrapping for the title. I'm delighted to see guys like Cesaro tear it up in tag matches for the Tag Titles instead of getting stick in soap-opera hell at the top of the show. If they developed mid card feuds properly, a thing they haven't done for a very long time, then there would less outrage at guys being denied main event opportunities.

As for Zack Ryder, he is a good four years too late. I had my fun when he was getting big but NO THANKS. People, and myself, may have been annoyed when his momentum dried up but, ultimately, no one cares three years later.

- How do you feel about non-wrestling celebrities such as Hugh Jackman and Donald Trump being given the opportunity to appear on wrestling television even though they have no correspondence with wrestling?

Jon Stewart is a fantastic example of a non-WWE celebrity getting on TV. Same goes for Ronda Rousey. Stewart served a great purposed for the ascension of Rollins' character and I could watch Rousey armbar dudes all day long. These are the exceptions how ever as it is usually terrible. The issue is that WWE idolises what attention they can get, no matter how obscure or past-it the celebrity in question is. In the case of Trump, I just find his views disgusting and what nothing to do with him. The consistent problem is guys like Flo Rida who show up and emasculate wrestlers consistent despite him just being a regular-sized guy. It makes little sense. If they were smarter about it, I wouldn't mind it... but then again you can apply that logic to a lot of things.

I have a group of folks that play together. We float somewhere in the sub 3K category. If you don't mind playing on EU West, we'd be happy to have you. Got a couple Americans, some English, (a Canadian) and some Irish idiots. We'll play mostly in evenings -- very often Fridays and Saturdays, but also during the week -- and we have a TeamSpeak channel because we're dumb nerds.

Add me at "Nathaniel Hörnblowér" on Steam if you're interested.

I went to a WWE house show for the first time in a couple years as they started their European tour here in Dublin. Finn Balor got a big reaction, especially considering he is not even on the main show. Had a fun match with Neville, which made my little NXT heart flutter. They did a fun SWERVE when Sheamus came down to congratulate Balor only to kick him in the face as he is a man of QUESTIONABLE MORALS. He also told us to pay our water tax, which is some silly fucking local heat that I can appreciate. Elsewhere, people LOVE booing New Day. Kept hearing kids shout "New Day Sucks" all night long. Cesaro and Kidd played the good guys here, and did a good job. Show ended with Reigns/Show in a street fight. Nothing particularly memorable plus I'd had a good few beers by that point.

There's probably a shitty convenience store nearby that will sell you a shitty $2 salad.

I didn't watch too much of Raw but it was a decent show from what I saw; we're mostly back to business as usual.

Well, not exactly business as usual. The post-Mania bump appears to have improved the show and has removed the awful stench that surrounded Raw late last year and into this year. This (slight) grace period has been nice, even if it dissolves by June. The show is better than it was four months ago so HOORAY FOR IMPROVEMENT!