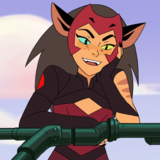 For your consideration: Monstress by Marjorie Liu, it's pretty amazing.

Dreamfall: A Look Back

I played Dreamfall originally on the Xbox back in 2006; this is a quick reflection on the game which I recently played through again to see if my love for it was real or just simple nostalgia.

Now I love adventure games, largely because I love stories. The art of storytelling is one of mankind's greatest achievements and the benefits of a well told tale can be wonderful to experience whether it be in books, films or even video games. There are those who will tell you that stories have no place in video games and will wax lyrical about how games should be 'games', but for those of us who like a more active role in our stories, video games offer a unique way for us to enjoy them.

Released back in 2006, Dreamfall tells the story of Zoë Castillo, a college drop-out and general layabout whose indecision about her future hits rather close to home.

Upon starting it up again in 2010, the first thing which struck me is how normal she is. Female protagonists have been the subject of much mulling over for their portrayal, but here our heroine is surprisingly 'real' and a tremendous credit should go to Ellie Conrad Leigh for her excellent voice work. She’s no kick ass bounty hunter yet shows far greater charm, wit and intelligence than we saw in the likes of Metroid: Other M or FFXIII.

It is this aspect in which I think is the key to Dreamfall's appeal: a well written, relatable protagonist. It’s a simple enough idea: if you like your character, you’re more likely to be invested in their story and in their plight. I am happy to report that I love Zoë as a character today as much as I did 4/5 years ago. A good sense of humour and some well timed profanity help to flesh out her many charms.

The other main characters are still great. April Ryan, voiced to perfection as ever by Sarah Hamilton, is handled really well in terms of her new, more beleaguered, melancholic and cynical personality. The burden of the responsibility which she feels is well expressed and despite her attitude, is portrayed as a much more sympathetic character than she could otherwise have been. Is she alive? As I write this I wonder whether it’s left ambiguous just so if Sarah Hamilton cannot reprise her role (due to other commitments), Ragnar Tørnquist could simply write her out of it. I hope not.

I feel Kian however isn’t really given enough time to develop fully as a character, although his first encounter with April remains a highlight.

Graphically the game has aged as you would expect and certainly is not helped by the poor textures in the Xbox version. I don’t know what kind of a budget Funcom had, but it clearly was not spent on making the game look especially pretty I can assure you, despite some nice art design. The PC version fares better though and the slightly cartoon look helps to make things look reasonable.

The gameplay is the biggest disappointment however. The combat was rubbish then and its rubbish now. The puzzles are quite nice but there is nothing here which could be seen as particularly good. The Longest Journey certainly was the better ‘game’ of the two. Thankfully there is nothing to stop Funcom from making the next game infinitely better should they get around to makling it.

All in all, I’m happy to find that what I loved about Dreamfall the first time around still remains today, and I think that is down to an aspect of the game (and games in general) which cannot be diminished so easily by time: its characters and its story. Tales from centuries ago remain with us and continue to enrich our culture, yet many things which were technically or mechanically impressive at the time have faded with future advances.

The stories in games are getting better, maybe not by much, but they are getting better. More and more baby steps are being made by the likes of Uncharted 2 and Alan Wake to improve the ways in which they are being told and the likes of Mass Effect 2 are helping to create more interesting characters. So long as developers and publishers are willing to keep on making these steps, I think we can look forward to some incredible experiences in the years to come.

At least, that is my hope.