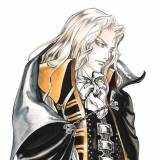 I just got my ps3

I just got my ps3. This is so awesome. Its odd saying this, but this is the first current gen console I've had. Something always came up, so I never purchased them.
I remember I used to get consoles as soon as they came out. I wasnt exacly standing in line, but I used to get them before most of  my friends.
Now though, its hard to give your self time to play games when your school (im 22 BTW), with friends or doing some other stuff.
I still consider my self a gamer, cause even though I didint had a current console, I couldnt stop cheking sites like giant bomb that are all about videogames. I was still into this stuff.
I gota say though. even though its fucking awesome. Im still waiting to see the best of the console. So far I've only played hulk, gta  4, motorstorm, and drake's fortune.
I'll just wait and see what comes next.