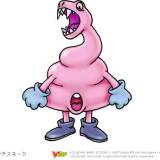 I guess we all are writers, aren't we??

Ok.. A little misleading on the title. (I hope so because if I hit the nail on my head then fml) Anyway, I hope to write some of my opinions about games.  Like reviews. I hope that I get honest reviews on my writing that do not include "Show yer tits!". While I find those funny, I would like some sort of bearing on the status of my skills (or lack, thereof) in writing.  I do also invite whit and random. just add some sort of critique.

Ok, kiddos, I have summer vacation to own @Heartagram at the current goal which is to beat more games than him in a year. So far I have Fable II under the belt and am working on Dragon Age Origins. What should I play after this? I am new to games and kind of suck at games. lol I am doing this task to get closer to the boyfriend.

Btw: if anyone wants to know I have an A- in my class this semester. I can tell you the reasons but its a long ass story.

Ok peoples, I have decided that this year I am going to play and finish as many (good) games as possible. Hopefully, I do well on this oddyssey. If not I still get to say I tried

Gaming....Or me yelling obsenities at a screen for hours

I think I have no one to blame for my anger but me, but, I'd rather blame my dad's anger issues ^_^! I spent the day trying to play Psychonauts  on the PC (thank you Gametap.com) and I think I am about to have an anneurism..  but a happy anneurism! Anyway, I love it and now want to play it again... -.- but, to bed I go!

Also, kinda weirded out because the Gothic Lolita girl Junpei  found... What?!?! So the other Persona users are trying to turn us against each other???

ugh!  I beat another baddie on the full moon.

Guess what I did this weekend...? I dropped my fiance's DS and broke the friggen power button. Then I got yelled at for mentioning that I was told not to even tell him (even though I did tell him) and now his mom is really upset because she lost the nub to his PSP.

oh and I got a wicked wind burn on my face

I wonder... If I did some sort of commentary online or somewhere like a "'zine" would anyone read that?

*In other words* Would any kind of attempt at making a magazine be a good idea or not?

Note: I am not at all trying to solicit any kind of goods or services in order to sink Giant Bomb. I love the site as well as the podcast. Actually go download the podcast. NOW!!!!!

So..... I am able to get out of bed without getting so dizzy I 'frow up. Although, it's been about 5 days.. 5 days?!?!?! holy shit! I thought it has only been two? wow. I think I slept through three and the other two I spent either watching reruns of How Clean is Your House or Judge Judy. I think I might have even overloaded on teh grape popsicles (I couldnt keep real food down) but, yeah, I'm back! (sorta... I feel all zombified)

Seriously, today is about the worst day of my life, so far.  I feel like shit. Oh and my fiance doesn't even think I am sick, much less give a shit that I feel like I'm dying.  HELL! I even asked to see the doctor and I got a call from his mom (we live with his parents) saying she had no money in her account.  Also, he said that I was a hypocondriac just like my mom and I should take some dayquil. I wonder if he knows that Dayquil is a cough suppresant? Besides the fact that my lungs arent the only thing that makes me feel shitty. I feel like I was stabbed in the jaw. also I founf this rather sore knot on the back of my neck right beside my spine. I know my body. It doesn't usually react this way to allergies, a sinus infection, or the common cold.

not fair doesn't even begin to cover this shit.

Blogs Created:
13 blogs
Most Commented blog:
I guess we all are writers, aren't we??
Total Comments on blogs:
130 comments