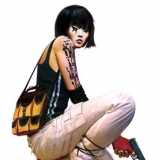 I have been enjoying the new site. Keep up the good work. I have a few things I have noticed:

Auto Play muting by default: It appears that each time I let a video finish, the next video starts in a muted state. I did not find an option to control this myself.

Video selection behavior: I watched the most recent unprofessional Fridays by clicking on the video on the front page. Once I finished the video, I noticed the playlist automatically defaulted to all unprofessional Fridays. It would be great if anything clicked from that front page defaulted to the latest carousel. I am sure a customization of behavior would be great, but a bigger lift for engineering.

This day in Giant Bomb starting with today: I love this playlist, and I think it will be one of my most frequented for a while. I did see that a video posted today made it into the first slot. Since there are many places that will prioritize new stuff, it would be cool to leave the first slot for either "most popular" from this day in history, or be truly random.

Keep up the great work guys!

I recommend a load out with a archie sniper on one side, a hyper sniper on the other side and emplacements that include a dampening generator with machine gun/flak turrets. I was able to solo complete these missions by just slowing everything down and focussing all attention on volt droppers with my snipers when they showed up. Settlement was the only map I came close to losing but i still passed it solo.

I played this with a friend for the first time tonight, and that is proof positive that this is worth the price of entry. It is fun enough on it's own, but the smile it puts on your face with another playing is even better. Kinect owners will definitely want this. I might not put it above Dance Central or Child of Eden as an overall game, but it is up there.

I have been gathering my true thoughts LA Noire as of late and I am realizing more and more I don't enjoy it nearly as much as I did during the first 5 hours of the game. I am not going to go into it just yet, as I want to put all those thoughts into a flushed out piece at a later date. The thing that truly cemented this in my mind though is the recommendation to play the original Puzzle Agent. It was 3 dollars on Steam today. The sense of satisfaction I have been getting from solving puzzles in order to get to the next story point is so much more rewarding than the often trial and error methods LA Noire presents.

I know that these are two games really have nothing to do with one another, but I draw the comparison based on the level of enjoyment the 3 dollar game is giving me in relation to the high budget blockbuster product. If you have not played it yet, please go and get the original Puzzle Agent as it is a great experience and will give you both some good laughs and some feeling of accomplishment that you might be missing elsewhere.

I recently started digging into my Kinect games again. In the midst of moving, increased work load and general business, I steered clear of the device during the majority of my gaming time. I was hooked when it came out. They convinced me that it was something worth owning, and with the track record Microsoft has this generation with upgrading and iterating on it's software, I definitely wanted to get in on the ground level.

I went back to it for the pure reason that I wanted to get up and move around and I had a device ready and willing to go. I have also found myself starting to use the Kinect for the Netflix integration from time to time. It is a nice solution when your controller goes to sleep after being inactive. With Child of Eden recently being released and things like Kinect Fun Labs being pushed to the community, I think it is a good second wind for the device. If you have not jumped in, now is as good a time as any. They are also turning around second versions of the initial launch titles much sooner than we saw with the Wii which is probably for the best to keep people interested. Fun Labs, as basic as it is, shows that Microsoft is not cashing in on all the sales. They want the users to gravitate towards functionality that is inherently fun or different so that the software developers see value in designing for their platform. There are two distinct examples of games that I hope developers follow in the near future.

Child of Eden is basically Rez with nicer graphics and slightly tighter controls. That is a good thing. It is a good thing that they added the Kinect controls. They work in a way that is worth digging into and maybe gives a little more life to a relatively short title. Having either hand be dedicated to a different function makes for unique and exciting moments and shows promise for future titles to come. The good thing about this, is that it is a game that all players can still enjoy without buying a new piece of hardware.

Forza 4 is the other game in question. Being able to play Forza like you normally do is no doubt going to be a great experience for racing fans and fans of the series. The Kinect head tracking adds a new level of depth to the experience and does something quite special. It allows you to play the game just like normal, sitting on the couch, but capitalizes on motion you may already make while playing. If you play in cockpit mode, you probably shift while you play already. I would love developers to take this idea and run with it. Making the experience better rather than adding something gimmicky is what makes the Kinect a very promising platform.

I do want those Kinect only experiences, and i think they have value but generally hit a totally different market. A hardcore gamer is not going to want to, or admit to want to, play something that requires them to move furniture every time they play games. Nintendo seems to be thinking the same way with the WiiU by having a more standard controller that adds some new functionality to it. I hope more people see the Kinect in this way.

#6  Edited By pcmachnik
@Spoonman671: I agree the maps could be bigger in some cases. Overall, I find my team tends to win when they take their time and are spotting enemies as they move. I find this has not only boosted my own personal stats, but really allows a team to be ahead of the curve most of the time. Either way, I am still really enjoying this game and have been singing it's praises to all my friends. You can't beat that it has been on sale or discounted recently too.
10 years ago

In the midst of a very crowded shooter market, I have still been going back to Battlefield: Bad Company 2's multiplayer and having very good matches a great majority of the time. The initial few days when Call of Duty: Black Ops was released, there were fewer numbers of people playing but it seems like most players are back for the moment. I hope this continues and am eagerly anticipating the Vietnam pack that should be coming very shortly. If you have not picked up this game, I highly recommend it for any shooter fan looking for a tactical and exciting brand of multiplayer that has, in my opinion a very high replay value. Enjoy!

#8  Edited By pcmachnik
They really need to get the NGmoco guys and EA to update their previous titles and all future titles to make this a worthwhile thing. I would also like to see the ability to send score challenges for these games to show some bragging rights to your friends. This is a good start with a lot of room to grow.
11 years ago

I found the story of Mass Effect 2 pretty engaging because it was not centered around the one plot line leading towards the end. I went in expecting to finish the game with a much bigger picture off in the distance. The impressive part of the story to me was that you learned so much about so many characters and also because attached to some of them based on how you played the game. The over-arching story itself did not come to a satisfying conclusion, but you were introduced to a great deal of narrative that all kept my interest the whole time. Those elements mixed with the already established setting from the fist game provided me with an interesting story that kept me interested from beginning to end. There was the right amount of cliffhanger incorporated as well. The first game provided such an amazing ending that I am fine with a game that leaves me wanting more to the story in this case. It did not feel at all cheap and overused to me in this instance. I also agree that the elements that you speak of will make the next game the best in the series. Then again, this is why I play games. Sequels tend to get better, in my opinion, where as television shows and movies tend to get worse as they are iterated upon. Thanks for the post. You make me want to go back and play through both games again.

#10  Edited By pcmachnik
I really enjoy both Super Street Fighter 4 and BlazBlue: Continuum Shift. There is a lot of fun to be had with both games. Street Fighter gives me a much quicker instant level of enjoyment where BlazBlue has proven to be something that pays off after investing some time into it. Any fighting fan should have both in thieir libraries in my opinion.
11 years ago