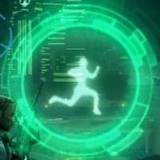 So yesterday I got Terminator Salvation for the 360 as a xmas present from my parents. Now it was a bit of a coincidence since the day before I was crusing around the internet searching for some games to play now that there isn't much new coming out. And since I already have kinda all of the big name releases I though I'd pick up one that isn't. So I saw that Terminator Salvation was around $10 so I though I'd get it because 1. I love Terminator and actually liked Salvation as a movie. 2. It's $10. 3. It avarage reviews. 4. Being from Sweden(not an actuall sweed though) I though I'd support the local development... oh wait. But then I'd thought I'd wait since it said that they wont ship anything untill Monday so I might as well hold of and go check on the weekend if some stores had it for that cheap.

So heres my little mini review.
First of all, I really like the cover system even though you can't take cover at every side of a box for some reason. It is a great way to do movement from cover to cover in a fast way. And the animations look pretty good when you are moving from cover to cover. The graphics in the game are really good at spots but some of the textures were a bit mudy.

The guns in the game aside from the Rocket Launcher, Granade Launcher and the Shotgun are pretty much useless, and the shotgun is only usefull agains the small flying enemies. I played it on Hard and I used the Machien Gun trying to take out a T-600(I think it was. The naked Terminator whit a gatling gun for an arm) and I'm not joking when I say I unloaded 400 bullets(2 clips) into the chest of the damn thing and he was still kickng. If the Veteran enemys from COD:WW were agains these terminators then they would have no problem at all since granades are the only good way to take out the walking enemys in this game aside from the RL and GL.
So the gun play is sort of lacking.

The game has rail sequences where your on cars or whatever and shoot enemys. The first one your just armed whit a gatling gun so its not that fun. But on the second and third one you get better weapons so those two were really fun imo.

On Hard the enemys are a bit of a bitch since they take alot of shots and have almost perfect aim so you have to keep moving from cover to cover. Now the AI isn't the smartest thing on the planet but they do offer a pretty good challenge on Hard. I could pretty much just kill enemys standing up on the lower diffeculties so play it on Hard. Though a few times there were some enemys that just kept shooting at a spot for the entier fight.

The loads in the game are horrible. They are "only" 20sec or so but they are really frequent. You have a couple of enemy encounters and then it loads. And everytime you die, even if it is right after a load you have to sit through the entier load again and if you die alot then it can be really frustrating. But the game has a really awesome loading screen. You can look at a Terninators face from all angles. They have really nice teeth.

So in short I wouldn't recomend a full price purchase but If you can find it for $10-20 then I would say its worth it. Its not a bad game at all. Everything just feels really avarage. But IF you like Terminator like I do then you will get a good time out of this game, even if it is an extremely short one. Just don't set your expectations high.