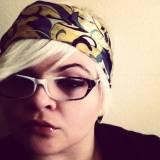 I will never forget Ryan Davis

July 3 2013 I woke up eager to plan my 4th of July celebration. I was making ridiculous Hawaiian macaroni salad, and rummaged through my closet to find my Lincoln Force shirt.

I remember tweeting Ryan that I'd found it, as I told him earlier in the week it had gone missing. He demanded then that I pony up for another one. And I nearly did... He never responded, and soon after I knew why.

Ryan was a friend. We weren't terribly close, but he'd become a mentor to me while I started working in game journalism. He even tried to get me a job with Anime Vice before that met its fate. I regret not getting that job, as I could have worked closer with everyone at Whiskey at the time.

Ryan would occasionally IM me, send me weird-ass links, and our friend moments were watching Golden Girls in Spanish or battling it out in Mario Kart 7. I respected him, and wish I could be anywhere near as confident and outgoing.

So, I just wanted to say I remember him and give a little insight as to why I cried for days after I got the news.


Phil Lovecraft keeps Los Angeles safe by busting one magic-using perp at a time. He's a battle-hardened private detective contending with a topsy-turvy 1940s full of zombies, werewolves, and Cthulhu cults. Phil isn't in L.A. Noire, but if Rockstar takes their gritty police drama down the same path as Red Dead Redemption, he'd be the perfect addition.

The scenario I described is the plot of Cast a Deadly Spell -- an HBO movie from the early '90s starring Fred Ward and Julianne Moore. In the film, Lovecraft contends with a rash of horrific, magical murders and one man's quest to summon the Old Ones and unleash madness and destruction on the world. Sounds like a fun premise for a game, doesn't it?

Sadly, Rockstar won't draw DLC inspiration from such an obscure source, but it's difficult for me to think of anything else as Cole Phelps moves along a similar path of deceit, betrayal, and murder. Cole is an atypical man holding his head high in a world still reeling from the gruesome reality of World War II. His honorable behavior is a compelling juxtaposition to the men around him who are a little too willing to give into corruption. Phil Lovecraft walks a similar line. In an L.A. full of magic, he's the only man who hasn't picked up the habit. Phil and Cole stand as unlikely symbols of reason in a city slowly going mad.

Red Dead Redemption played out like a Spaghetti Western. When Undead Nightmare came along, it transitioned into a raunchy B horror movie. Rockstar and their associated studios know how to incorporate iconic film principles into a video-game format. L.A. Noire takes everything you expect of out of classic detective films and wraps it in a filthy reality blanket. Making a dark fantasy noir story akin to Cast a Deadly Spell would only enhance this world, and add a new level to the already involved investigation process.

Imagine a game bringing together Cole's hard-hitting questions and real werewolves locked up in interrogation rooms. Investigating crimes moves beyond simply gathering evidence and into understanding arcane symbols and rituals. Just thinking about that makes my spine tingle, but I've always had an affinity for the occult.

Rockstar won't make Cast a Deadly Spell: The Game, but damn it, they should. It's time to stop capitalizing on zombies and explore other equally enthralling opportunities. Imagine Cole arming himself against vampires and deranged cultists. If he were combating more sinister and mystical opponents, the excessive force he uses in L.A. Noire seems less terrible. It's okay to gun down every criminal in sight when that perp's likely got fangs and is three seconds away from using them on you.