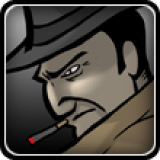 And thus we keep driving into the night...... (Subtle Spoilers)

Currently I am still playing Max Payne 3, the game does not rise any expectations that I would perceive as a Max Payne game should be. I was hoping for a nightmare level after Max took a shit load of painkillers and whiskey or inhale some drugs that knock him unconscious but so far, I am now at Chapter 13 of Disc 2 and was left out disappointed. Even though the previous Max Payne especially the first one had difficult levels such as the nightmare ones and I assume that people complained the fact that it's too difficult but this right now just felt like a Max Payne game that did not set themselves apart from other third person shooters. I mean, aside from all the bullet-time, in-game annoying comic strips that play when you load up your game, hard boiled cop out for revenge and such, nightmares were the defining moments of the series. Having the game stripped apart from it remotely did not feel like a Max Payne game from the start and after parts of non-stopping action, I am not left satisfied of it.

Withstanding the lack of nightmare elements in this game so far, the storyline plays like the previous games, being that of a conspiracy with PMCs, corruption with government officials and others, gang warfare and "Good Guy turned Bad Guys" plus loads of grieving with Max. It is essentially the main path of both the series and this game, being that of corruption and the conspiracy that government officials are helping fund private military guys but I won't spoil that much. It's like how the Aesir corporation and Woden owes most of New York in the previous games and inject their drugs upon the poor (well the Aesir corporation did that) as to how the UFE is "trying to clean up" Comando Sombra and their situation with the other gangs and PMCs. We could clearly see some compare and contrast with the storyline in previous games to this one.

When last I talked about my impressions, just right after the mission that I was playing, I encountered some interactions with the environment such as Max being able to watch television although it is mainly two channels such as the news and a cartoon show featuring The Adventures of Captain Baseball Batboy and seeing their animation, it looks like the same animation/cartoon team that made those cartoons from GTA IV. There are also clues and evidence to be find whether it's to find the truth behind the UFE and the gangs that corrupt Sao Paulo or fun stuff like turning on the TV or playing the piano and each time he plays it, he gets better of finding the right note.

I encountered many problems with the game aside from what I complained earlier, back in Chapter 6, I had encountered clipping problems with the cover system and when I go into bullet-time and try to do a leap-dodge onto cover in a office cubicle, I fell down/clipped out of the place and cannot even shoot my way out of it while paramilitary assholes were killing me. That's my main gripe and so far the only annoying glitch/bug in the game and the other problems I had addressed is the last man standing where I cannot pin point what guy has shot me or when I ran out of bullets.

In Chapter 7, we see a new Max and is going to the mean favela streets of Sao Paulo to the hill, I was surprised that there is a surprising amount of nudity in this game. When you go to the run-down strip club, Max walks into open rooms where you could see whores naked and having sex, I was somewhat stunned like when they showed male genitals in the Lost of the Damned DLC in GTA IV, it's just came out of nowhere to me. Anyways I was relieve that both Fabiana and Marcelo is murdered especially when Marcelo was burned alive, I was actually laughing my ass off because I really fucking hate that annoying prick. Aside from that I did not like those in-game looking comic strips when you load up the game, it just felt like screen-grabs from what I saw previously and overall want to have those comic panels like before.

Also I like how the John McClane-ish (without the beard) look that Max has in Chapter 11, he even has that tank-top.. even though his personality borrows heavily from those films.