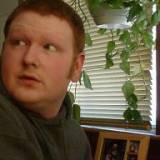 Are they not doing podcasts with guests at E3 anymore? I always enjoyed this aspect of their coverage.

Nope - I was pretty sure it would suck this whole time, and I was right. I'm going to pick up Horizon, Nioh, Hollow Knight, and Nier over the next few months. There's too much good stuff out to waste time on a broken turd based on some sense of responsibility to a series I once loved.

P.S. Hope Persona 5 is good. I've never played a Persona game, so I'm looking forward to seeing what all the hype is about.

I have a pair of 970s in SLI. I moved up to them from a single GTX 770. Using SLI has been completely painless. In games that don't support SLI, the second card just sits there, not causing a problem. If you really care, you can go disable it in the Nvidia control panel, which takes about 15 seconds. When SLI is working, it's fantastic. You're frame rates are super high, or if you are on a 60hz monitor, your frame time will be pinned at 16.6 milliseconds with plenty of headroom. The only issue I have seen with SLI is the very rare instance of a texture flickering. I heard this was a bad problem with AC: Unity when it launched, but that game was totally broken out of the gate, so it's not a very good yard stick. The couple of times I've seen this, it was just a single flash I caught out of the corner of my eye.

Note the 970 has a different VRAM configuration than the 980, and that 4GB should really be described as "3.5GB of VRAM, with a slower .5GB partition". This was a big kerfuffle for NVIDIA a while back. In practical use, it's not a problem unless you're putting the resolution up to 4K with everything maxed out and all the AA settings cranked up. For most people, that's an unrealistic way to play though because you're frame rate will be down in the 30s before you're VRAM becomes a factor. Not many PC gamers are regularly playing in the 30fps range. If you're using a 1080 or 1440 monitor, you shouldn't have any issues. I played a lot of TitanFall at 2880x1620 with 2xMSAA - this put the VRAM at 3500-ish and I got a solid 60fps the whole time.

Really, the monitor you chose is going to be the biggest deciding factor. If you're going 1080 or 1440, I would go with either the 970 SLI setup, or the 295x2. A 980 is going to have a little more VRAM and cost less, but you won't get nearly the performance of the other two. At that level, it just becomes an AMD vs. Nvidia thing, which is tribal warfare at this point. You'll find people on both sides who are die hard for one brand or the other. I went with NVIDIA due to power concerns, since my PC was built with a 750w PSU.

If you're planning to go 4K, I would wait a few months for Nvidia to release a cut down version of the Titan X with 6GB of VRAM, and AMD to get their 8GB 390x out there - both are rumored for July. Even 4GB of VRAM is a little tight for 4K in modern games. Keep in mind even a pair of Titan X cards in SLI ($2K in cost...) is not enough to get most modern games running at 60fps maxed out at 4K. If you're playing F2P stuff though, any new card will smoke them.

Looks like late spring or summer for the new AMD card, according to their CEO:

So AMD will release new GPUs and APUs in or after Q2 2015 "Going into the second quarter and the second half of the year with our new product launches, I think we feel very good about where we are positioned there," said Lisa Su, chief executive officer.

So between April and July, though if you read all of her comments at the link, it sounds like the card will come after they launch this new APU.

On a related note, pictures of the new 12GB GM200 board just popped up last week. This is the board people are thinking is going to power the new Titan, and will likely get cut down to 6GB for a 980 Ti, should Nvidia feel they need to one-up AMD.

I'm thinking of AC4 specifically. Was it the smoke effects that hit the frame rate and not the God Rays?

@rm082e: If it weren't for the big publishers' scary game recommendations then gtx 970 would have mine by now.

I was literally freaked out by the increasing demands.

So was I when I read that The Evil Within and AC: Unity were demanding 4GB cards and GTX 680s were like the bare minimum specs. Turns out those games were just rushed and buggy as all hell. No amount of horsepower can compensate for shitty work on the development side - broken is broken weather you have a $5000 PC, or an $800 PC. :(

I think the GTX970 is really the only card to consider at this exact moment. The only question is, do you buy one now, buy two now, or wait a few more months and see if they come out with a 980 Ti when AMD puts out the 380/x? I think all three choices are perfectly viable depending on your situation.I don't think the 980 is really worth the high price point right now given it will likely drop to a more reasonable $450 if a 980 Ti is announced in the next couple of months. I also can't see going with the 290 or 290x at this moment unless you're way into Battlefield.

For 1080/60fps, I think the 970 is a great value at $350, but know that you might have to knock a few settings down (shadows, AA, weird custom stuff like "God Rays" in Ubisoft games, etc.) if you want to keep your frame rate smooth. The more stuff you turn on, the wider the delta between the min and max frame rates. I like to find a happy medium with those settings mentioned, but push Texture Quality, Tessellation, and Object Quality as high as possible. Basically, just don't get hung up on the phrase "maxed out" - it's not really worth much. When you get a game in front of you and flip back and forth between different settings, you'll find there are some that offer very little in terms of visual improvement, but the wreck your performance.

If HBM is cheaper for AMD to make, great. But it's not going to help games much due to engine tech not really taking advantage of it. Just look at the R9 290/290x vs. the GTX 970 - the 970 has half the memory bandwidth of those cards, yet in the two most common resolutions - 1920x1080 and 2560x1440, the 970 matches or even beats them in raw fps. That faster memory bandwidth is only useful at 4K, which is what AMD is selling their cards on at the moment. But very few people are actually using 4K resolution. Remember when they put out 8GB versions of their top two cards last year selling them as 4K cards? Only a handful of people bothered to pick those up.

Any video card you buy is really only going to be viable for 2-3 years at this point. People with GTX 570s are struggling to run games that came out in the last few months at anything above medium settings, and the 660/670 are now the bottom end of the minimum specs for a lot of new games. HBM won't be the "norm" in the next 2-3 years, so I say just look at the frame-rate-per-dollar breakdown of the 380 vs the 980Ti (rumored names) when they launch and pick the one with the better value. Personally, I decided to go with a pair of 970s in SLI. The performance increase going from a 770 2GB to a single 970 was more than I expected, but adding a second one has been really surprising. Games I was struggling to run at 1080 with a consistent 60fps I can now run at 1620 with more than enough headroom to maintain a smooth frame rate. But obviously I paid for that performance.

I purchase a gigabyte gtx 970 g1 gaming but im having to return it for refund since I had a lot of issues with noise and some kind of humming noise coming from card.

Im wondering will all gtx 970's have this or is it rare and if so what card is best or least affected?

Coil whine can hit any device with a fan, but from reading reviews, I've noticed Gigabyte GPUs and some Corsair power supplies (the CX series in particular) seem to have more complaints of this than other hardware. Recently, EVGA GTX 970s seem to have more reviews than normal complaining of coil whine - none on the 980s that I've seen. But, I've seen complaints of coil whine across most major brands of GPUs and Power Supplies on the market. It's a dice roll across the board.

If you can get a refund, I would go with the MSI 4G or ASUS Strix 970. They seem to have much fewer instances of coil whine than the Gigabyte cards. I've got a pair of reference 970s in SLI that have no issues, but I'm a weirdo who likes the blower style coolers.

The difference is really not that big between the 970 and 980.

Keep in mind they're both very overclockable. With just a little tinkering, I got a solid 10-15% boost in frame rates on my reference 970, which now basically matches a 980. With MSI Afterburner, you can setup an OC profile and it will apply at bootup. It's a "set it and forget it" deal. Obviously the 980 can overclock as well, but the overall frame rate difference between them is typically 10-20%. Meanwhile the price difference is closer to 40%. The 980 will make a lot more sense in a few months once AMD's new card comes out and it drops to $450.

Also, SLI is not the same as Crossfire. SLI seems to be a lot more reliable at this point in time. There is the occasional AAA game that doesn't support it (Wolfenstein comes to mind), but games don't have any more technical issues with SLI than they do anything else. Nearly ever major game comes out unfinished or broken these days, and they need multiple patches before they are running at what most people consider acceptable. By the time they get to that state, Nvidia has typically put out an optimized driver for SLI. Install GeForce experience and it will take care of the driver updates for you.

A pair of 970s at $660 is MUCH more powerful than a 980 at $550. You're getting as much as an 80% increase for only 20% more cost. Obviously you have to consider your motherboard, power supply, cooling etc., but 970 SLI is a seriously fantastic value proposition - especially if you are interested in running games above 60fps, which is becoming more popular.

Yeah your CPU is fine for now. Wait one or two more years to bump up on that. GPU could always be bigger though. I just went from a 770 to a 970 and I've been really surprised by the jump up in power. Going from a 670 to a 970 will easily be double the "practical" performance at 1080. By practical I mean actual in game performance, not a benchmark. Assuming you have a 2GB card, the additional RAM will also give you the headroom needed to play newer titles.