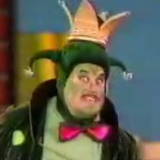 Most of you who read this I am sure have heard the Bombcast where some of the guys were talking about there experience with this event. They shared there thoughts and opinions so I thought would share mine.  So here it goes.

Well that was... Um, interesting I guess.     I can not say I hated it, I can not say I enjoyed it. I believe Ryan said it best when he described it as an "experience". First going into this thing, I had no idea what to expect. I had no idea what the crowd size would be like, if Natal/Kinect would be even playable, or if it was going to be even just a demonstration or show. But when we got in and got are weird shoulder pad Sancho like items, right then and there I expected it to be the spectacle that it turned out to be. I felt like we were all in one big cult getting ready for a mass suicide. Once inside is when you see the Cirque du Soleil like dancer and environment. It was green and foresty everywhere with monitors. So then we waited.

Most of what you heard the guys say on the podcast was pretty dead on from my experience as well. Since I went the second night with a crowd of mostly fans who were invited instead of the gaming press, the crowd seemed more stoked over the whole demonstration. Star Wars of course got a big old cheer.

Like I said overall it was something I will not forget. Still not sold on this Kinect though. I will have to wait to see a game that makes having the device a necessity for a wonderful gaming experience. If there will be such a game, I am guessing it will be at least another year after the product is out for someone to make such a game and not such a bunch of "family friendly" like mini game collections. But at least I got a 2GB flash drive with an avatar helicopter award and a little stuffed panther as a reward. sigh.