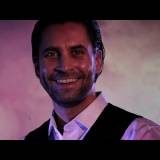 so if you have the space to spare i.e. a large HDD this is the way to go for classic video games

When it does not matter?

With Sony’s campaign for Day 1 Digital on PlayStation 3

The first thing is what type a game is it?

Will Retail Disc ever be abandoned?

Why do you like Black Ops over MW2 (MultiPlayer Panal)

You have to like Black Ops more then MW2 which should not be hard...
No former IW fan boys who are jealous or jumped on the bandwagon
Only real general COD fans with experience with series starting with at least the break out game COD4
And as always keep it fucking clean

What I notice and had a hard time with was the early weapons which were normally like previous games MW2 etc.
the most powerful overall but that's not the case anymore
this in part cause of the new economy money system so when you buy a gun your actual getting a improved step up gun
like when I got the SMG AK-47U my favorite weapon in the COD series which still dominates!
it was so satisfying to get some decent kills going I'm not the greatest player in the world cause I don't play as much as I wish I could
and I don't use lame tactics camping and what not
cause I run & gun like the way the game is meant to be played so I need a gun like AK-47U to take down the tryhards

Can make or break a MultiPlayer it is the most impotent part as I said before TreyArch makes the best maps!
I did not like the maps in MW2 at all they were just off bad pacing bland over layout structured rat mazes
BO maps have actual heart in them and are exotic crazy locals that are beautiful designed for all game types creating for solid balance
which again is very important for longevity and balanced competitive fun

You can earn experience point that goes toward your Level & Rank as well as Cod Points or credits i.e. money as part of the new economy progression system when unlocking varies items weapons attachments etc.

I'm pleasantly surprised with this mode sporting the following setup
TDM 4 Vs. 8 on Regular

So what do you guys think about this new mode to the series?