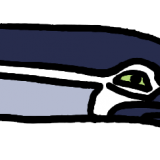 I'm surprised how dividing Skyward Sword has been

I had the luxury of watching E3 on a 52 inch HDTV on G4HD. As such I was able to ditch my laptop, and spent a good 2 hours simultaneously drooling a nursing a pretty big erection during their presentation. Zelda hit first, and boy did it hit the hardest. I was exceptionally excited for it, and at some points I was yelling at my TV at how awesome it looked. Yeah, I know they couldn't hear me, but I yelled all the same!

It had a perfect artstyle, as it seemed like an excellent blend of Wind Waker and Twilight Princess. I really disliked how Twilight Princess looked in terms of its color and environment, and I absolutely loved everything about Wind Waker's style, so this was a great combination for me.

The demo of the actual game was weak, but that's to be expected with the huge amount of IR interference, something even Epic Mickey suffered from. But beyond that, the swordplay looked fantastic, the items looked actually fairly unique and interesting, and the general "feel" of the game looked exactly like the Zelda I know and love. I was so psyched that Nintendo had decided to go this direction, as I was worried they were either going to deviate too much or not enough.

Then I went online.

The reactions people were having astonished me. It was bad enough to see Gerstmann acting like a wet blanket over Twitter, but to see people say they hate the artstyle or that the technical difficulties were somehow indicative of the final product astonished me. Twilight Princess' trailer united Nintendo fans all over, and I don't think I ever heard a single word of hate for it. Yet this trailer and demo somehow divided the community in a way I haven't seen since Wind Waker, and this time they're divided on both the graphics and the style. I have even seen posts of people claiming that this game may as well be Twilight Princess with a new coat of paint. Yeah, what?

Perhaps most confusing of all is the fact that SS seems like the very definition of compromise; it's a mix of the new and the old, realistic and cel shaded, innovative and yet classic design. It should be the best of both worlds in every aspect...yet for some people, it may as well have the worst of both worlds.

Where do you stand? Did Nintendo do too much, not enough, both those things, or neither?