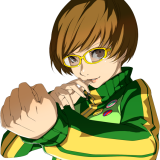 It's refreshing to hear something truly positive in the news.

I don't know why any American over 10 would be titilated by poorly rendered, bikini anime women playing volleyball. The ones that are titilated by that, and are also willing to pay for it, are in an extreme minority.

Americans generally don't fuck action figures, it's a completely different culture than Japan. It really has nothing to do with politics, we just don't fuck toys of our favorite cartoon characters.

So many years of podcasts, and people still don't know how to fast forward. JUST SKIP IT, the ad cannot hurt you.

It's funny because some "people" still laughably think indie developers have the real power and sway.

@bradbrains: Yeah, I still wonder how they're gonna portray the "other side" that threatened her, for no apparent reason, for trying to release her game on Steam. That was ages before they had the reasoning that maybe, just maybe these indie game developers were not acting like proper, ethical gaming journalists.

@musclerider: I heard that the 65 year old man that called Jeff up on Mixlr and tearfully ranted about "SJWs destroying Saturday morning cartoons in the 70s" will have a tasteful nude scene.

I wonder if it'll start from the Depression Quest hoopla, when 4chan targeted her for harassment. Anyway, should be very interesting, especially how certain individuals in the media end up being portrayed.

"EXCLUSIVE: Amy Pascal’s Pascal Pictures has won a bidding battle for Crash Override: How To Save The Internet From Itself, a memoir by game designer Zoe Quinn that sold to Touchstone/Simon &amp;amp; Schuster and will be published September, 2016. The property was bid on by several studios and TV outlets, and several actresses are circling, with interest from Scarlett Johansson said to be keenest.

The movie deal was based on a proposal titled Control Alt Delete, and tells the story of how Quinn, creator of such hip interactive games as Depression Quest, was targeted by a digital mob bent on upending her life when a blog post by her ex-boyfriend went viral. It sparked the widely-discussed Gamergate controversy and took a surprising turn when instead of running, she decided to fight back. It is a very inside look at gaming and nerd culture and what happens when one gets caught in the gears of that machine.

Rebecca Angelo and Lauren Schuker Blum are set to adapt. Pascal Pictures will finance and Pascal will produce with Rachel O’Connor, and Entertainment 360. The latter got the book proposal early on, and created the package with the screenwriters, who met while working as journalists at the Wall Street Journal. It was then shopped and Pascal Pictures stepped up. Pascal Pictures is Sony-based and that studio will get first crack; for right now, its development is being funded internally by Pascal. CAA brokered the deal. The agency and Management 360 repped the scribes, whose first project — the Tammany Hall-set feature An Extraordinary Man — has Anne Hathaway attached and is set up at Erika Olde’s Black Bicycle Entertainment.

Quinn perhaps best describes the potential movie and conflict in her proposal: “Gaming and internet message boards used to be niche interests, mostly for young men. In the past few years, however, they’ve gone mainstream. Millions of people — including women and other marginalized people — have taken an interest in the platforms, image boards, and discussion forums that once belonged by default to a much smaller population. Most gamers give zero fu*ks about this. Like the rest of us, they’re just here to play games. But a vocal minority are clinging onto the brand of Cheetos-and-Mountain-Dew exclusionary identity ‘hardcore gamer,’ muttering ‘fu*kin casuals’ under their breath.”"

I hope we get another really awful sex scene.

Yeah, Degeneration was a real shitshow, Resident Evil in general is a shitshow