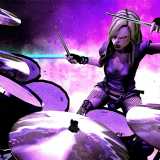 First off this weekend was the final EU ranking event. Phenom took his 5th (yikes!) ranking event of 2018, making his lead on the EU Leaderboard even more pronounced. This isn’t shocking in the least and congratulations to Phenom for the win. Let’s talk about Machabo. He lost a very close grand finals set after resetting the bracket. This could have easily been his win. He’s only played in two CPT tournaments (that I’m aware of) this year and is already in the Top 50 of the Global Leaderboard. I’d love to see him attend more events towards the end of the year. Lastly, I want to give a shout out to JeonDDing. This man made Top 8 in this tournament and in the Tekken tournament at the same event. That’s just impressive and he's just a joy to watch compete. His reactions kind of remind me of PRBalrog.

Keoma? Now, that’s a name I haven’t heard in a long time. He’s spent the entire year making respectable (but not point earning) positions in LATAM ranking tournaments, but he comes away with 3-0 victory over Brolynho in the Grand Finals. That’s a very strong statement against the perennial Brazilian challenger . He’s barely in the running for the LATAM Regional Final now and he’s sitting at 56 on the Global Leaderboard. He's not quite in Capcom Cup yet, but it’s way more possible than it was before this weekend.

Brolynho, while probably not the result he wanted, got 2nd place at the tournament which pushed in back into the Top 26 of the Global Leaderboard. If he wants to keep that positioning, he’ll need to work harder and maybe travel a little more. Then again, there are still 5 more LATAM Ranking Events left, so he can possibly maintain Top 26 without traveling to premiers.

Pushed Outside of Top 8

Justin Wong’s first premier event win ever. Just sit on that for a bit. Justin and NuckleDu first met in Winner’s Finals. Du shocked everyone by picking Juri, of all characters, to combat Justin’s Menat. That did not go so well for NuckleDu and he was knocked into Loser’s Finals to face 2018 EVO Champion, Problem X. Du had a pretty clear victory of Problem with a 3-1 and made it back to Justin Wong to make an all American (been a long time) Grand Finals. Du first went with Cammy and the gameplan seemed to be to overwhelm Justin with aggression. This strategy went will at first with NuckleDu resetting the bracket in a 3-1 set. In the final set, Justin adjusted and got a 2-1 lead over his opponent. NuckleDu then switched to R. Mika, assumingly to change up his attack but retain the aggression. This strategy paid off and he tied up the set at 2-2. Justin countered by returning to his first main, Karin Kanzuki. Karin has an invincible reversal and a V Reversal that hits instead of teleports (Menat’s V Reversal had been punished a lot by Du’s R. Mika in the last game). In my opinion, these tools were instrumental in Justin Wong taking the final game in the set to win the tournament. You can see that in the first round of the final game, Justin winning that round with Karin's EX reversal during a scramble. I set the video to start at the end of this round if you wanted see that.

Mago got 5th at Dreamhack and got himself back in the Top 26 of the Global Leaderboard. CJ Truth made 7th place after getting 2nd to Caba at First Attack last weekend. While still lacking points, I hope he keeps making it out to events. Punk is starting to look like his old self. I hope he continues to not enter other games and focus on SFV. He does really well when he’s focused on the one game. Nephew and Smug have both been doing some work with G this weekend and last as well. It was nice to see such a strong showing from the American FGC this weekend (yes, I’m biased). A final shoutout to Chi-Rithy, the sole Canadian in Top 16 who took out Oil King, the winner of last weekend’s premier event, to get there.

Knocked out of Top 26

I’m so excited there is only one damn tournament next weekend. I love watching Street Fighter, but even I was starting to feel fatigued over the last month or so. Anyways, SoCal Regionals is always a stacked tournament and I can’t wait to see what happens. I’m sure there are more than a few people who noticed that a lot of strong players were missing from Dreamhack Montreal. Half of the Top 26 didn’t attend the premier event this weekend. I can only assume, maybe hope, that this is because they’re resting up for SoCal Regionals.