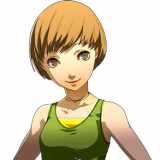 E3 2016: Predictions or: How I learned to stop worrying and love being wrong

E3 is upon us! Just time for some predictions based on absolutely nothing.

This list spun out of an Xbox subreddit comment from a few weeks ago, so is A) biased towards Microsoft, and B) probably already out of date.