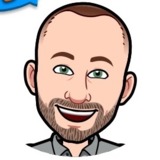 Started my love for video games with the Commodore 64 when i was a kid. After the C64 had run its course i have had the following consoles over the years: Sega Megadrive, Sega 32x, Sega Saturn, Nintendo 64, Playstation 2, Xbox, Gamecube, Gameboy Advance SP, PSP, Xbox 360, DS, Wii.